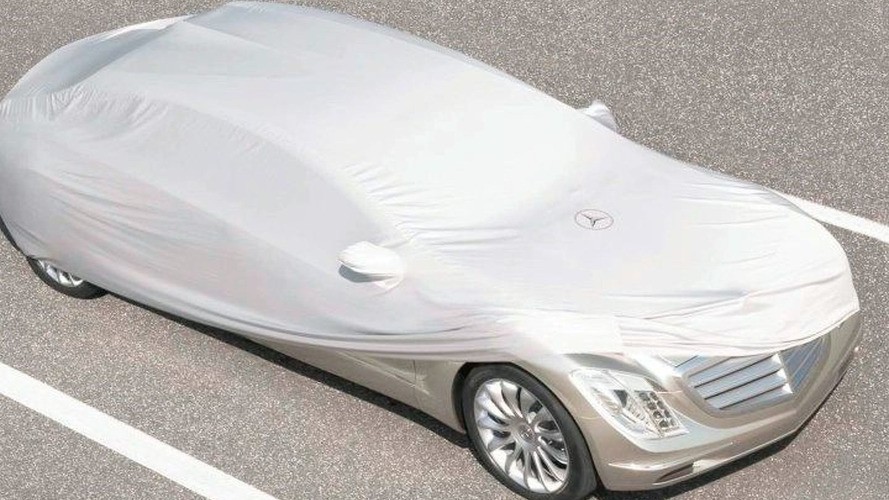 A luxury saloon capable of compact-car fuel consumption, the F700 uses Mercedes-Benz's new Diesotto technology and along with seven hybrids and just as many 'CO2 champion' vehicles, previews the firm's roadmap of the future.

Mercedes-Benz will be presenting a substantial range of new, green models based on 'intelligently combined drive technologies' at next week's Frankfurt Motor Show. Among them will be this, the F700 Concept. Yes, it's only a teaser photo - infact cropped from a much larger, more ambiguous shot - but after a reminder of how the Detroit Show's Ocean Drive Concept looked, there's not an awful lot left to the imagination. A luxury saloon capable of compact-car fuel consumption, the F700 uses Mercedes-Benz's new Diesotto technology and along with seven hybrids and just as many 'CO2 champion' vehicles, previews the firm's roadmap of the future.

The F700 has both Mercedes-Benz's hybrid drive and new Diesotto technologies, combining the performance of a petrol engine and the high torque and fuel economy of a diesel engine, all while maintaining 'extremely clean' emissions. The 1.8-litre turbocharged 4-cylinder Diesotto engine has a 235 hp output but consumes just 5.3 litres of petrol per 100km (that's 44 mpg) and emits only 127 grams of CO2 per kilometre. This concept is the most fuel efficient large luxury saloon car - ever.

Standing alongside the F700 concept will be Mercedes-Benz's new range of BLUETEC and hybrid vehicles, the technology of which holds the title of world's cleanest diesel. To be announced at the 62nd Frankfurt Motor Show, the European market launch will start with the E300 BLUETEC, the cleanest and most economical diesel car in the segment. Following in 2008 will be the rollout of the R, ML and GL320 BLUETEC models, which will be the world's first three SUVs to not only meet stringent U.S. BIN5 emissions standards, but have Euro 6 compliancy. The S300 BLUETEC HYBRID becomes the world's most efficient vehicle in the S-Class' segment, while in 2009, the ML 450 HYBRID will enter the market as the most economical two-mode petrol SUV available on the worldwide market.

Stay tuned for more photos and information on the F700 Concept; they'll be along shortly.