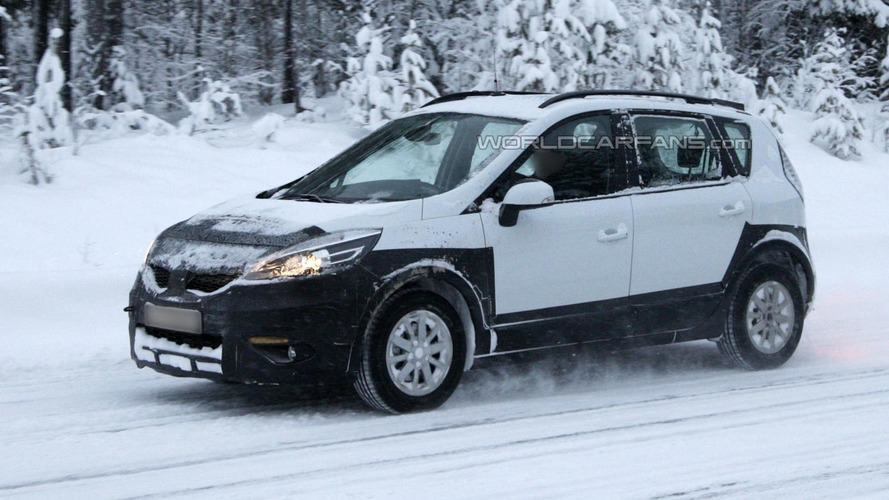 Renault is preparing a more rugged-looking variant of the Scenic. Public debut could occur in Geneva.

Renault is preparing a more rugged-looking variant of the Scenic.

The previous generation of the Scenic received an RX version which made it look more off-road, but it failed to deliver in terms of sales. The trend continued with the Scenic Conquest and now the French company has decided to give it a try one more time with the new model but with fewer changes than the old Scenic RX model that was offered with a four-wheel drive system and had the spare wheel mounted at the back.

The upcoming Scenic Cross will feature more robust bumpers, a slightly raised suspension and wider wheel arches. This new variant will probably make its public debut next March at the 2013 Geneva Motor Show and will be offered only in a front-wheel drive.