BMW i8 spied during winter testing 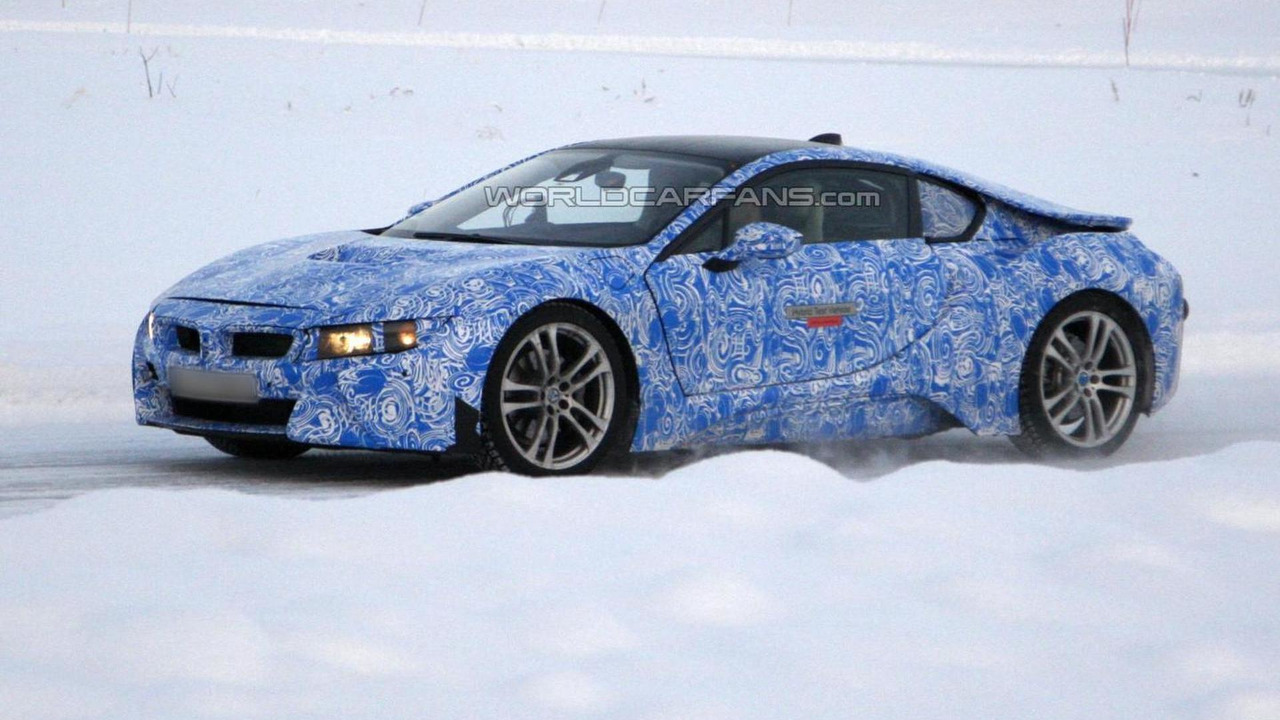 The production version of the BMW i8 plug-in hybrid supercar has been spied during cold weather testing.

The production version of the BMW i8 plug-in hybrid supercar has been spied by our photographers during some cold weather testing.

BMW's upcoming plug-in hybrid lineup is said to debut sometime next year and will also include the i3 model. The flagship model will probably get a 2+2 seating arrangement and will reportedly perform the 0-62 mph (0-100 km/h) sprint in approximately 4.8 seconds.

As a reminder, BMW has already confirmed the concept's diesel engine will be replaced by a 3-cylinder turbo gasoline engine which will work in tandem with a hybrid system. This means it will probably be more powerful than originally planned, while at the same time remaining a fuel-efficient vehicle.

The bad news is that it will have the price tag of a supercar, with various sources indicating a hefty 150,000 EUR sticker.