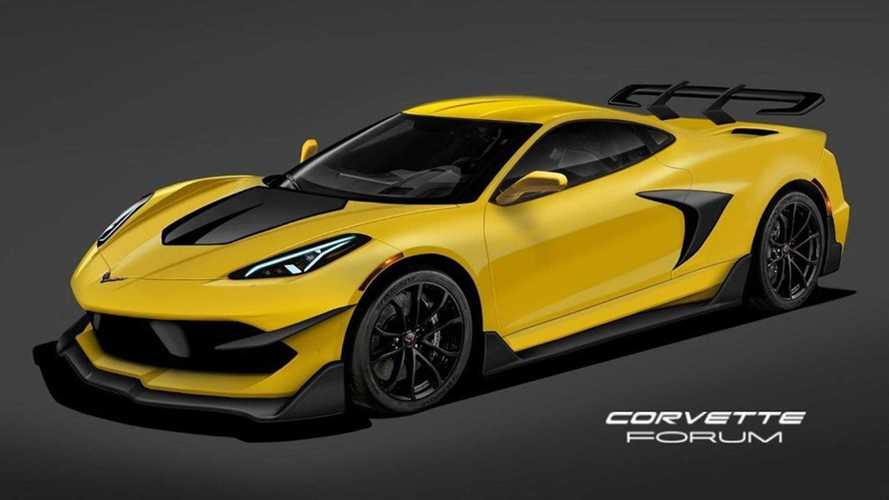 It looks good, but don't expect the ZR1 to arrive for a while.

The mid-engined Chevrolet Corvette debuts on July 18 in Tustin, California, but the one on display there is just the standard version. Plenty of rumors (and common sense) indicate that hotter versions could be on the way in the future. This new rendering from Corvette Forum depicts what the meaner ZR1 might look like whenever it arrives.

This artist's idea for the ZR1's look includes giving the front end a significantly larger splitter, bigger intakes in the fascia, and a big canard in the corner. The hood gains a rear-facing outlet for better directing air from the nose to the rear of the vehicle.

At the back, there's a much larger wing and inlets in the rear deck. A big diffuser would help suck the car onto the road, and single, trapezoidal exhaust outlet integrates into the design.

While the standard C8 Corvette reportedly uses a naturally aspirated 6.2-liter V8 making about 460 horsepower (343 kilowatts). The ZR1 could pack a variety of rumored engines. Among the potential options, the hotter model could use a version of Cadillac's 4.2-liter, twin-turbo Blackwing V8. There are also reports of a dual-overhead-cam V8, rather than the stock mill's pushrod layout. As a range-topping version, the 'Vette would allegedly have an all-wheel drive, hybrid powertrain making an estimated 1,000 hp (745 kW).

Chevy predicts very high demand for the new Corvette, and the automaker is adding 400 employees to the Bowling Green, Kentucky, factory. It seems unlikely the company would introduce the hotter ZR1 version very soon after the standard model's launch simply because of the significant anticipated number of order to fill.