At first glance, the changes seem rather minor but there are important improvements.

Mercedes-Benz is launching a new base E-Class model in the United States for the 2020 model year that will be more powerful than its predecessor. The power boost doesn’t come with any visual improvements but we know some tweaks are planned for the facelift of the model. The video at the top of this page provides a close look at two prototypes of the refreshed model.

The first is codenamed W213 and is the sedan version of the E-Class. Up front, there’s a slightly redesigned fascia with a new radiator grille and sharper headlights with integrated LED DRLs in a new shape. If the units appear familiar to you, that’s because they are probably inspired by the clusters seen in the new CLS-Class.

At the back, the modifications look even more significant with the engineers trying to hide the actual shape of the headlights. Covered with red tape, they remind us of a Bentley product but the final shape and graphics are likely vastly different.

As for the second prototype filmed here, it is the E-Class S213 wagon which appears to be wearing a different radiator grille than the sedan trial car. The headlights have the same overall shape but we think this might be a higher trim level with different internal graphics.

Earlier spy photos showed the interior of the refreshed E-Class should carry over without major tweaks. The dashboard continues to be dominated by a pair of large screens with a large HVAC control block sitting underneath on the center console. Some improvements to the infotainment system software might be in the cards.

We know for a fact Mercedes is also working on a refreshed version of the E-Class coupe and we expect the Daimler-owned brand to start launching the facelifted variants from later this year. The first to arrive should be the sedan. 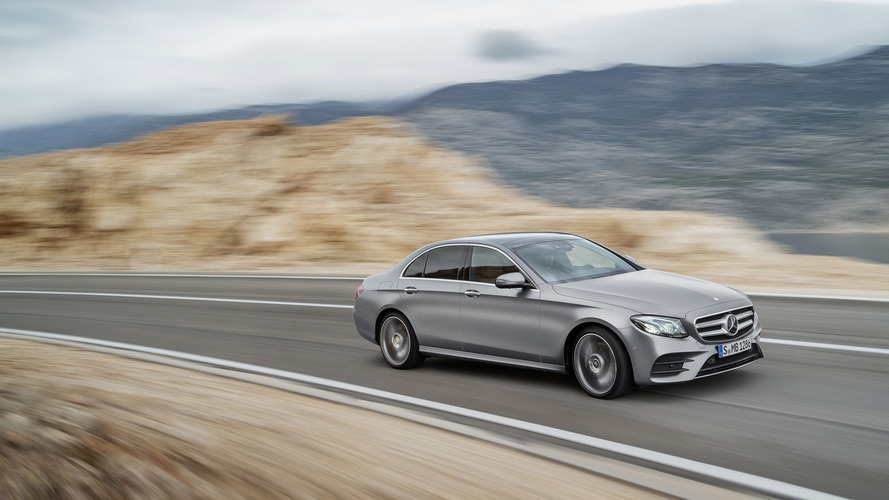