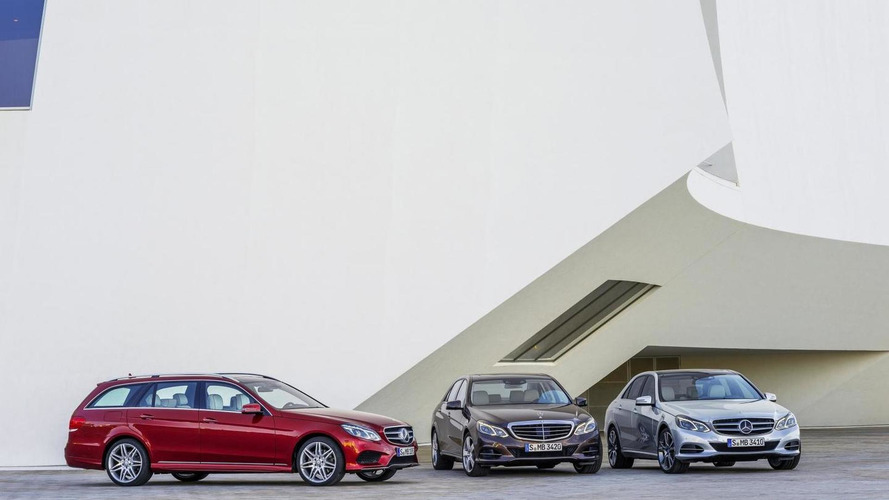 Mercedes-Benz has released a couple of videos with the freshly facelifted 2014 E-Class sedan and wagon.

Mercedes-Benz has released several videos with the freshly facelifted 2014 E-Class.

We get to see only the sedan and wagon versions of the mid-size luxury vehicle, but these will be followed by the coupe, convertible and the hot AMG version. Speaking of the latter, the E63 AMG will be launched next fall and will retain the same twin-turbo V8 5.5-liter engine but with slightly more power than the current 518 hp (386 kW) output.

In terms of styling, the refreshed E-Class looks a bit softer than the model it replaces, and comes with those new one-piece headlights with built-in LED daytime running lights. The front grille will be offered in the traditional styling or with a sportier look. At the back the taillights have the same shape but they now feature LEDs.

Engine lineup is detailed in the related link below.