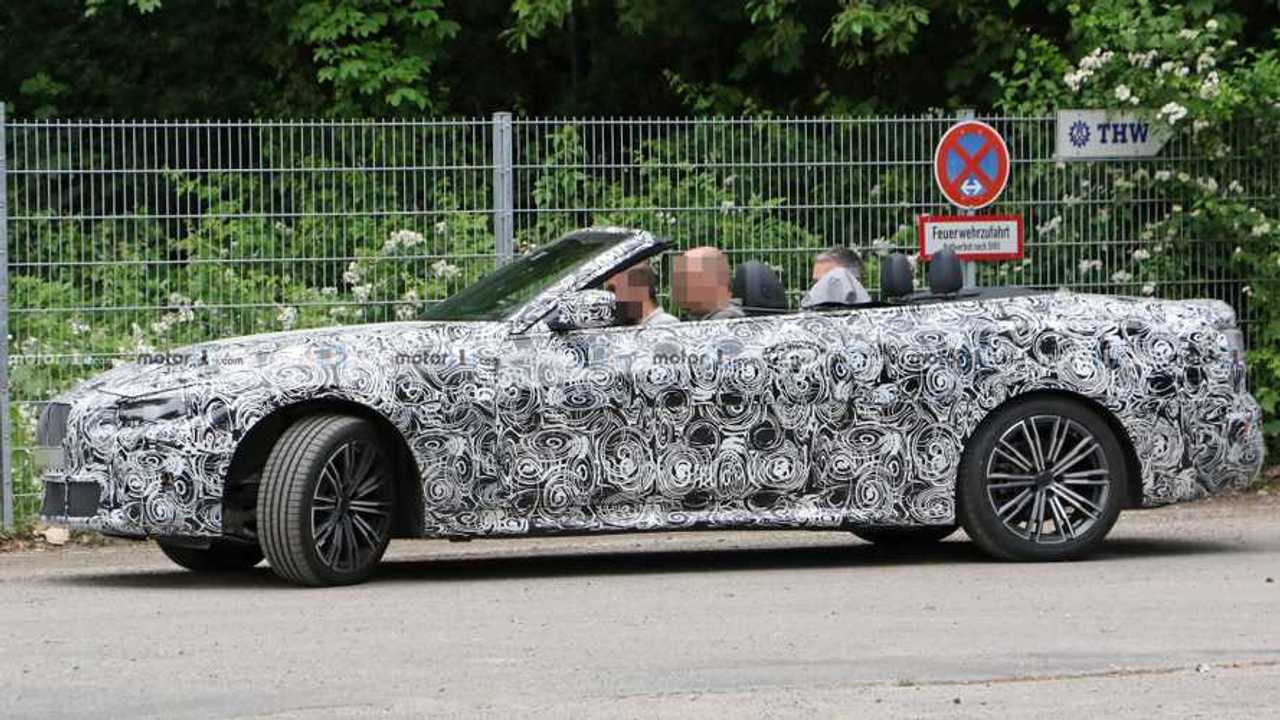 SUVs may have taken over the automotive world, but BMW isn't giving up on droptops just yet.

While models like the 2 Series Active Tourer and Gran Tourer minivans are going the way of the dodo, BMW’s convertibles are here to stay. After giving the Z4 roadster a new generation, the Germans will be doing the same with the droptop 4 Series in a bid to lure in whatever demand there still is for the once fairly popular segment.

Our spy content kicks off this week with new images of the next-generation 4 Series Convertible caught up close with the roof and windows down. You likely already know by now that BMW will be switching from the current car’s hardtop to a fabric roof in order to shave off weight and complexity. Eschewing the metal for a soft top will also pay dividends in terms of practicality as the cargo capacity should significantly increase since the new roof will take up a lot less space while folded in the rear compartment.

Fully camouflaged inside and out, the prototype belonging to the 4 Series G22 generation appears to have the final headlights but not the production-ready taillights. As you’d come to expect from a four-seat convertible of this size, there isn’t going to be a lot of room for rear passengers, but adults should be just fine for short trips.

The BMW test driver was accompanied by two other people, with the one in the back carrying what looks to be the car cover. We can’t make out any details regarding the cabin as there’s an annoying piece of cloth all over the dashboard to conceal what is likely the final design. It’s a similar story on the outside where the swirly camo is slapped onto extra panels masking the prototype’s real bodywork.

It's Been Spotted Multiple Times Before:

A trunk lid spoiler sticks out at the back where the dual circular exhaust tips indicate we’re doing with a lesser model of the range, such as a 330i for example. There’s a good chance BMW will slap on the M Performance badge for a warm M340i variant, and we won’t be too surprised if there’s going to be another M4 Convertible as well. In a perfect world, we’d also have an M3 Touring, but for whatever reason, BMW still doesn’t want to go after the Mercedes-AMG C63 Estate and the Audi RS4 Avant.

When should we expect to see the CLAR-based 4 Series Convertible? Well, logic tells us the coupe will be out first, so it’ll take a while until the 4er will be unveiled in droptop form. The second half of 2020 is our guess.