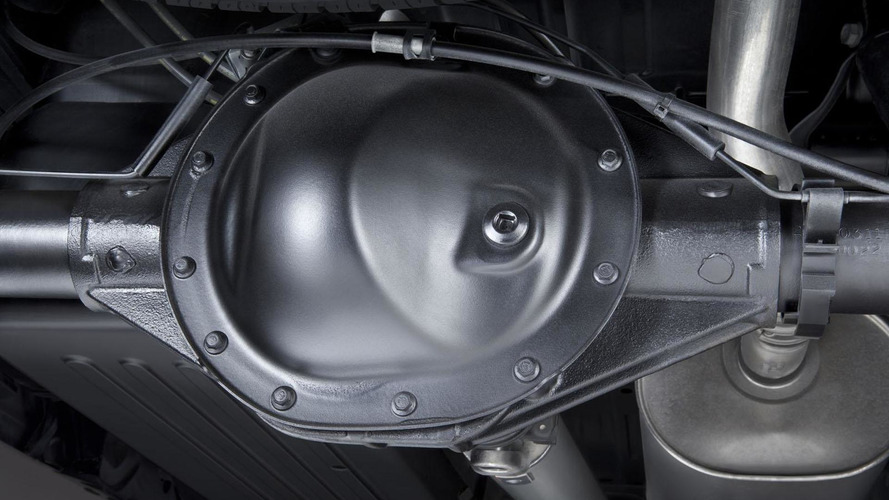 General Motors has officially unveiled the 2014 Chevrolet Silverado and GMC Sierra ahead of their debut at the North American International Auto Show.

General Motors has officially unveiled the 2014 Chevrolet Silverado and GMC Sierra ahead of their debut at the North American International Auto Show.

Described as the "strongest, smartest and most capable" pickups in the company's history, the models have an evolutionary design which is rather conservative but makes them instantly recognizable. Notable highlights include a prominent grille, larger headlights, a dual 'power dome' hood and flared fenders. There's also a CornerStep rear bumper, optional LED bed lighting and a variety of wheels in sizes ranging from 17- to 20-inches. Last but not least, extended cab models gain front-hinged rear doors while crew cab models have longer rear doors for improved access.

Inside, there's a nearly vertical dashboard which is broken up by a massive control interface and a six-gauge instrument cluster with a 4.2-inch Driver Information Center. The design isn't overly appealing but the trucks feature metallic accents, an optional MyLink infotainment system and a variety of connectivity options (including five USB ports, four 12-volt outlets and an SD card slot).

Under the hood, three new EcoTec3 engines will be available: a 4.3-liter V6, a 5.3-liter V8 and a 6.2-liter V8. Detailed specifications won't be announced until early next year, but the engines will be equipped with direct injection, continuously variable valve timing and cylinder deactivation technology.

Besides being more efficient, the trucks promise to offer improved handling and a more comfortable ride. This is due in part to a new suspension, improved body mounts, an updated electric power steering system and beefier brakes.

The 2014 Silverado and Sierra will go on sale in the middle of next year and pricing will be announced closer to launch.