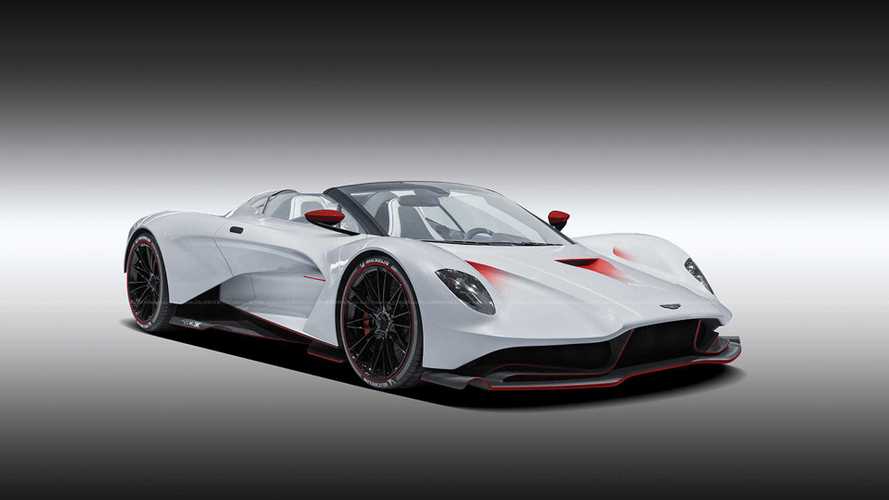 It looks like it was always meant to be a roofless wonder.

Just this week Aston Martin confirmed rumors we’ve been hearing for a while now. The automaker’s new hypercar will be called Valhalla, a very majestic name for an admittedly beautiful shape. Thanks to the skilled artistic hands of Aksyonov Nikita at Bēhance.net, we’re already hoping for a new name to arise from Aston Martin’s halls – Valhalla Volante.

It's The Stuff Of Legends:

We’ve featured Aksyonov Nikita’s work before, and as always, the end-product here doesn’t disappoint. Just days after the Valhalla’s christening we have this delectable rendering that depicts the hypercar without a roof, and honestly, it looks like it was always meant to be convertible. Admittedly it would require more than just lopping off the top, since the Valhalla's butterfly doors actually form a good chunk of the roof. The A-pillars and windshield look a bit wider here, and the carved portions of the doors are recast in body color as opposed to a matte black finish. We can almost see a bit of Pagani in the final design but the changes overall are fantastic.

Will Aston Martin ever make a Valhalla Volante? That’s a very good question though we suspect the answer is no. Originally known as the AM-RB 003, the Valhalla will be extremely exclusive with just 500 planned for production. Given the significant changes aesthetically and structurally that would need to take place for a roofless speedster version, the automaker would almost have to start from scratch. Still, stranger things have happened, and if there’s demand, who knows what the future holds.

As it is, the Valhalla will be an extraordinary machine with or without a roof. It will use a battery-electric hybrid powertrain comprised of a turbocharged V6 and an unknown number of electric motors, and though nothing is confirmed, driving all four wheels seem an obvious assumption. That’s because the thrust from this setup is expected to produce 1,000 horsepower (745 kilowatts), and with a projected weight under 3,000 pounds (1,361 kilograms) it should absolutely fly.