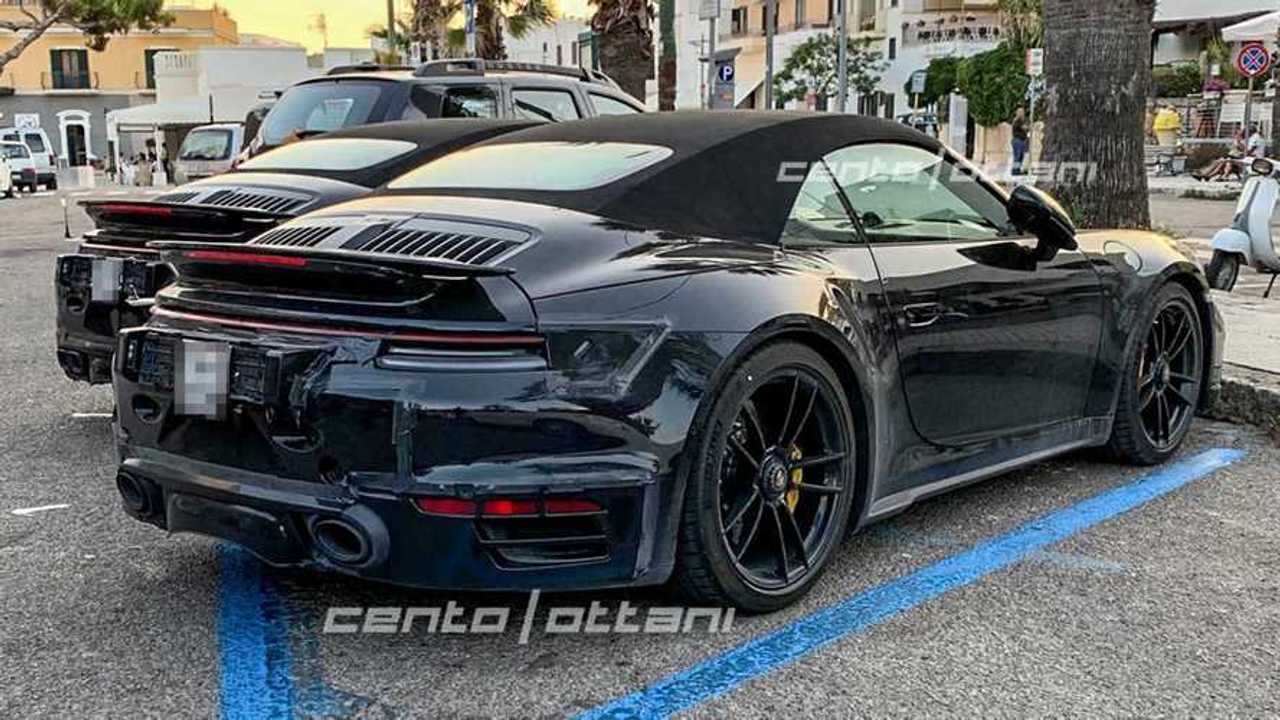 This looks like the perfect place for some open-roof motoring.

There have been lots of photos and videos of the Porsche 911 Turbo Cabriolet testing at the Nüburgring recently, but these new shots catch two of them on the street in Italy's gorgeous Puglia region.

The body covering on these cars match the concealment on other 911 Turbo test mules. Porsche fits fake pieces around the front fascia to conceal the production-spec shape. The rear bumper is also a placeholder piece. Recent models running around the Nürburgring have had a slightly different tail, including wearing a quad-exit exhaust. These two have their side mirrors folded, but the design doesn't appear to reduce the vehicles' width very much.

We don't yet have great spy shots of the 911 Turbo's interior, but judging by past generations, don't expect significant changes in comparison to the latest 911 Carrera.

Porsche isn't officially discussing the new 911 Turbo's powertrain yet. The leading speculation currently is that it would use an updated version of the existing twin-turbo 3.8-liter flat-six engine. Look for the regular model to make around 600 horsepower (447 kilowatts). The more powerful S model reportedly as an output of about 640 hp (477 kW). Both variants allegedly use an eight-speed dual-clutch gearbox and all-wheel drive.

Despite the many spy shots of the 911 Turbo Cabriolet, don't expect the model to debut too soon. We anticipate the coupe to be on public display at the Frankfurt Motor Show in September. However, the convertible probably doesn't arrive at the same time as the fixed-roof model. The droptop might have an unveiling before the end of the year, but don't expect sales to start until 2020.