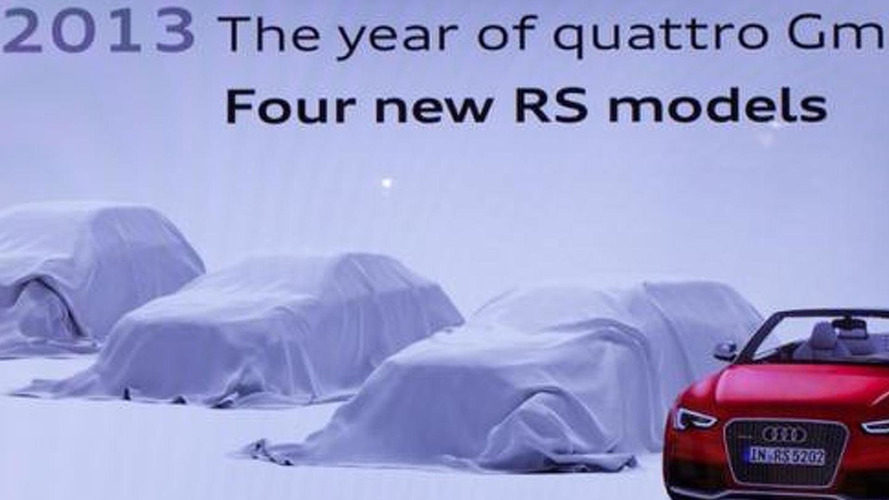 Audi is preparing to extend its RS lineup next year by adding two additional yet unknown models.

Audi is preparing to extend its RS lineup next year by adding two additional yet unknown models.

Road test editor Ben Pulman from CAR saw this image during the launch of the 2013 Audi RS5 Cabriolet. Sitting next to it is without any doubt the recently unveiled 2013 RS6 Avant, but what about the other two cars?

The vehicle positioned next to the RS6 Avant is probably the RS7 Sportback which will essentially be a sleeker-looking version of the RS6 with the same mechanical specifications. Speaking of the RS6, CAR says that the Ingolstadt-based company doesn't plan a sedan version of the RS6. Bad news for United States since it has already been confirmed that the Avant version will not be sold there. Another possibility is the RS3 however previous reports have slated the super hot hatch not to arrive until 2014.