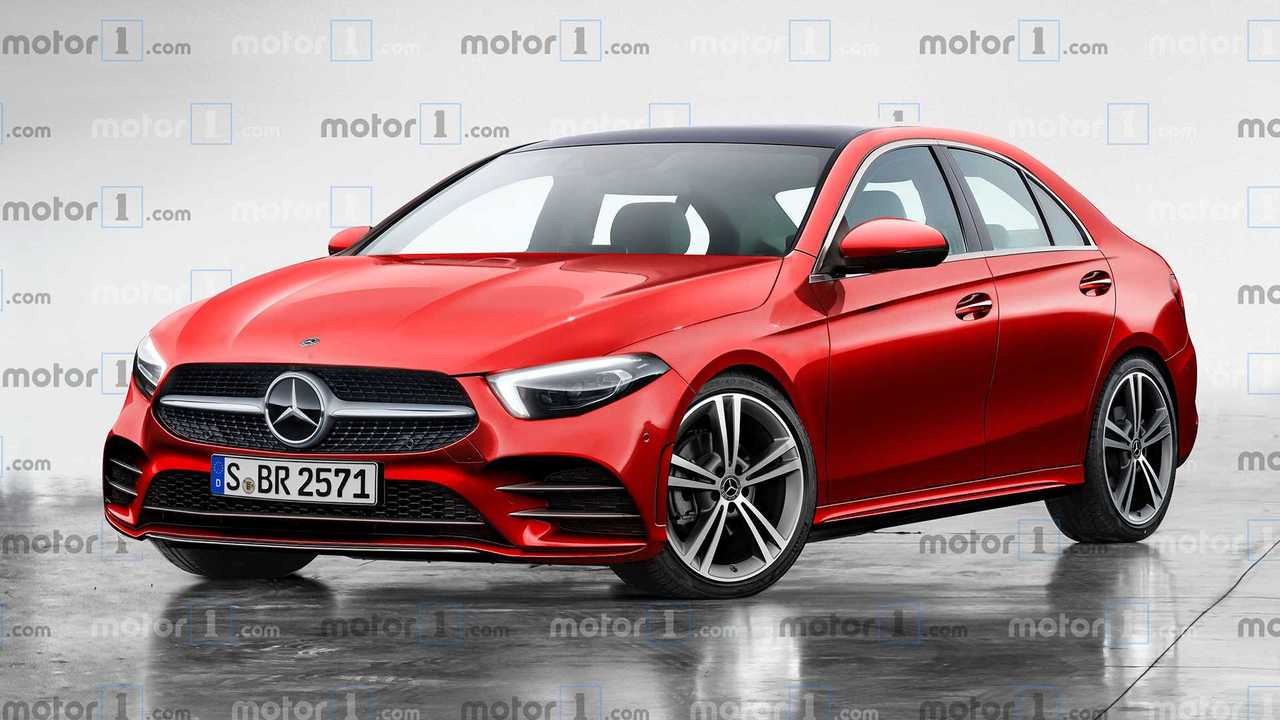 Our rendering takes cues from the A-Class Sedan and the new CLA.

With BMW introducing an all-new 3 Series and Audi giving the A4 a surprisingly comprehensive facelift, Mercedes wants to make sure its C-Class remains fresh and competitive. Plenty of spy shots have revealed the three-pointed star is hard at work preparing the next iteration of the executive sedan, and today we are sharing our speculative rendering of the W206.

Taking inspiration from latest Mercedes sedans like the A-Class and CLA, the digital design exercise imagines the revamped C-Class with the latest corporate face and the sharp headlights seen in the compact class as well as in the latest CLS. With not one, but two sedans positioned below it, the next C is likely to grow in size a little bit to avoid the risk of overlap.

The increased footprint will make the car a bit heavier, but the extra bulk will be compensated by the switch to the MRA2 platform making more generous use of aluminum. As a result, the next-generation C-Class should weigh just about the same as the W205 or even lose a few pounds despite growing in size.

Knowing Mercedes and its desire to make cars as sleek as possible, there’s a good chance the drag coefficient will be lowered to boost efficiency. After all, the A-Class Sedan is the most aerodynamic car on sale today, with a Cd value of only 0.22. The new C is unlikely to match that, but we’re expecting an improvement over the outgoing model’s 0.26 drag coefficient.

Mercedes has explained with the facelifted C-Class has not made the transition from the COMAND infotainment system to the new MBUX, so you’ll have to wait for the W206 to get the high-tech setup. It’s likely to be more advanced than what the current compact cars have, and we’re expecting even the base C to feature a fully digital instrument cluster.

Engines remain a mystery at the moment of writing, but we do know for a fact a plug-in hybrid version is in the works as per a batch of spy shots (see above) from earlier this year. It’s expected to utilize a 13.5-kWh battery pack with enough juice for an electric range of 31 miles (50 kilometers). Should you prioritize performance over efficiency, Mercedes has already confirmed the next-generation C-Class will spawn a hot C53 version positioned below the flagship “63” models.

If you care where your car comes from, it’s possible the U.S.-spec C-Class might not be built in Alabama where the factory is running at almost full potential and is busy with SUVs. Because there’s a huge demand for models like the GLE and GLS, a report from Automotive News indicates the next C might not be assembled in the U.S. of A in order to free up production capacity for SUVs. If that’s going to be the case, expect the C-Class Sedan sold in North America to come from South Africa, specifically the plant in East London where W205 C-Class cars are being put together in both LHD and RHD guises.

The wraps should come off sometime next year when we’re expecting the new Mercedes C-Class to be offered as a 2021MY in the United States.