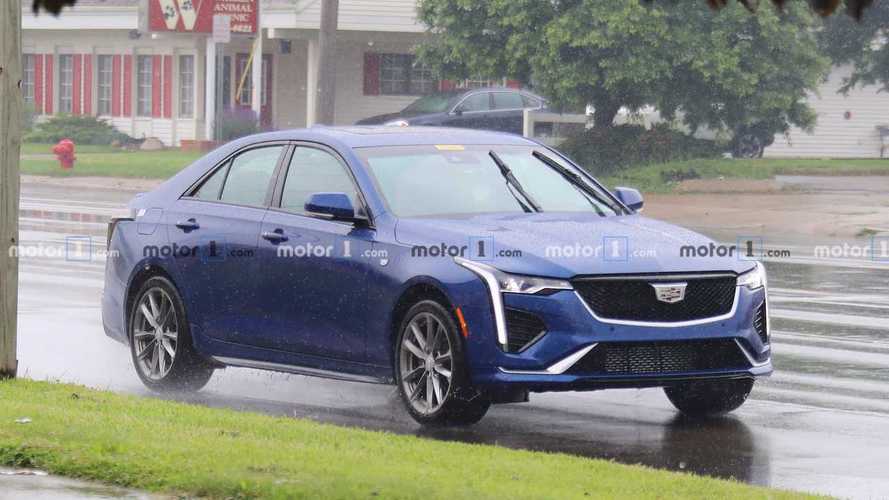 It’s looks a lot like the CT4-V we saw last month.

At the end of last month, Cadillac unveiled the CT4-V performance sedan. While some were miffed Cadillac would affix the coveted V badge on what many consider an unworthy vehicle, this was our first look at the ATS’s replacement. Today, new spy photos give us a clear look at the non-V CT4, and the differences are minor.

Our spy photographers captured two trims of the CT4 – Sport and Luxury. The two trims are distinct from one another. The Sport features a V-Series-inspired grille, black accents, and clear taillights while the Luxury trim has bright trim accents and a unique grille design. The lower front facias are also different, with the Sport more closely mimicking the design of the CT4-V. Another clear differentiator between the CT4-V and the regular CT4 is the exhaust – quad versus dual outlets, respectively.

Under the hood, the CT4 should receive the turbocharged 2.0-liter four-cylinder engine making 237 horsepower (176 kilowatts). The CT4-V uses a turbocharged 2.7-liter four-cylinder engine producing an estimated 320 hp (239 kW). The sedan will come with rear- or all-wheel drive – there’s an AWD badge on the rear of the CT4 Sport. The engine, which will also power the XT4 and CT5, should pair with an eight-speed automatic gearbox, which is likely to be the only transmission choice available. Inside, expect the CT4 to borrow heavily from the CT5. However, we’ve already seen the CT4’s interior with the CT4-V reveal, which has a clean, modern design.

Cadillac has had more than a few ups and downs over the last year. The automaker is rushing to expand its crossover lineup as consumers flock to the larger vehicles; however, it also hasn’t yet abandoned the sedan. While the CT6’s future remains uncertain, the CT5 and CT4 are indicators Cadillac isn’t giving up on the sedan. It’ll be interesting to see how well the CT4 sells. An official reveal should happen later this summer with the new 2020 Cadillac CT4 going on sale this fall.