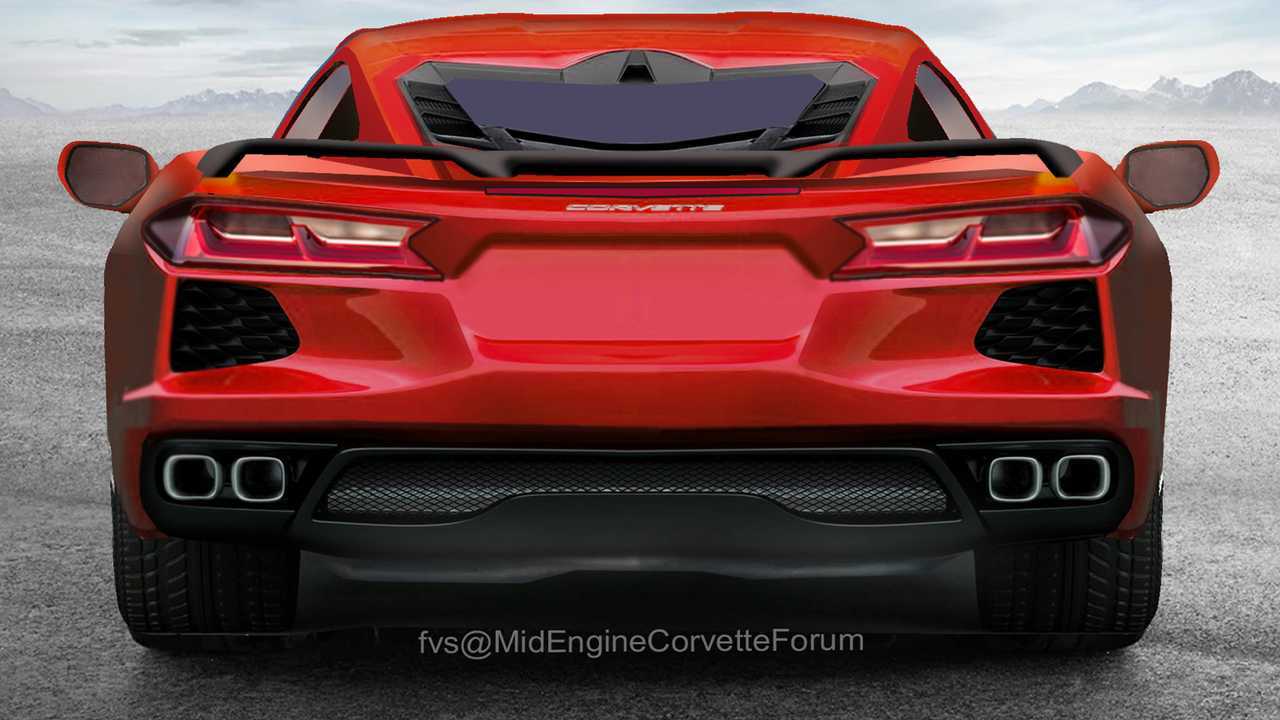 If anything, the quad exhaust tips seem a bit small.

We are officially less than a month away from seeing the first-ever mid-engined Corvette in the flesh. That is, in the flesh without camouflage, though our friends Chazcron and FVS at MidEngineCorvetteForum.com have spent the better part of a year digitally peeling back the wrap from spy photos. The two Photoshop wizards teamed up on a small set of fresh renderings that depict the C8 Corvette from the rear, an area where there hasn’t been quite as much attention.

There are three renderings all total, one featuring the so-called batwing spoiler we’ve seen on many prototypes and another wielding just a small, subtle lip spoiler. The third image is a slightly blurry “spy” shot, placing the car on roads near the Nürburgring. The digital pros don’t miss a single detail – even the manufacturer’s license plate and USA sticker on the rendering matches an actual C8 spy video taken last September at the Green Hell.

There’s probably a joke in here somewhere about drivers seeing the back of the new Corvette more than any other side. It should be no slouch when it comes to performance, even in its base trim level. The mid-engined supercar is expected to launch with either a new DOHC V8 or the current 6.2-liter LT1, with horsepower expected to be at or near the 500 mark. That alone should be enough to shoot the C8 to 60 mph in less than four seconds, but the real tarmac monster will come later. Rumors say a twin-turbocharged mid-level Corvette could pack around 700 hp, with a possible hybrid variant upping the ante to around 1,000 hp. In fact, reports of C8 frames twisting under the force have bubbled up from the underworld, though it’s all unconfirmed of course.

What is confirmed is the official launch date for the new C8 Corvette. All will be revealed on July 18 at a special launch event in Tustin, California.