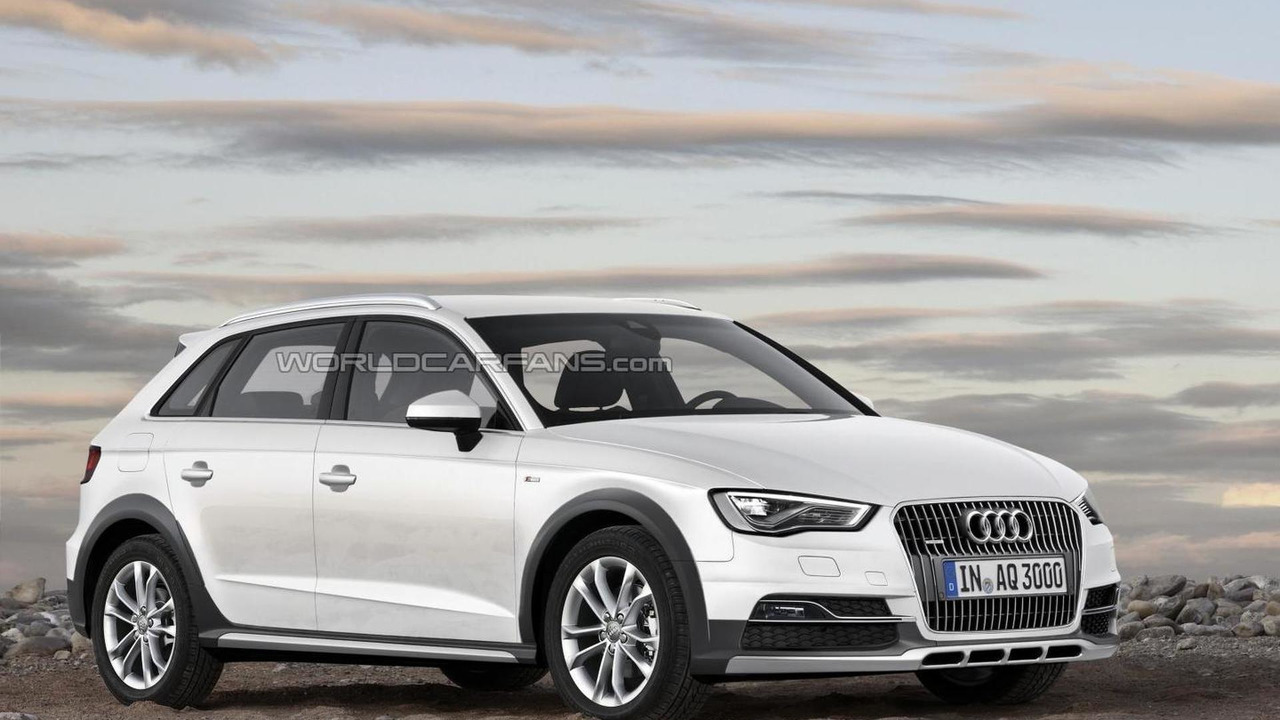 Since it won't have all-wheel drive, it won't be called Allroad.

Back in the good ol’ days of WorldCarFans, the staff had a neat idea for a rugged version of the current-gen pre-facelift A3 Sportback. We slapped on the “Allroad” moniker and gave the premium compact hatchback a lifted suspension, a silver front skid plate, and plastic body cladding around the wheel arches. There’ve been rumors of a more versatile A3, but you won’t find the car at any Audi dealer. Fast forward to June 2019, Auto Express is reporting the next generation will actually be getting a more adventurous member.

Apparently, Audi believes there is a gap between the Q2 and Q3 crossovers and wants to fill it with an A3 “Cityhopper.” Mind you, that’s the model’s codename (thankfully) and not the actual badge you’ll see on the back of the real thing. It’s not going to be “Allroad” either since the Four Rings won’t be giving the jacked-up A3 the Quattro all-wheel-drive system. In other words, the engine will still send its power to the front axle despite the car’s more outdoorsy nature. The decision to skip the all-paw system has reportedly been taken to avoid increasing the car’s CO2 emissions.

It will essentially combine a more rugged appearance with a slightly longer suspension travel, while the size is expected to be between the 4.19 meters (165 inches) of the Q2 and the 4.48 meters (176.6 inches) of the Q3, so look for somewhere in the region of 4.3 meters (169 inches). With Volvo deciding to change the V40’s body style for the next generation, it means there won’t be another V40 Cross Country using the current formula, so the A3 Cityhopper won’t have a direct rival in the premium compact segment. This new Audi would do battle with models from mainstream brands such as Ford’s Focus Active and Toyota’s rumored Corolla Cross.

Like the rest of the next-gen A3 models, the crossover-inspired member of the family would ride on an evolution of the MQB platform and potentially feature a mild hybrid setup. Power is rumored to come from 1.5- and 2.0-liter turbocharged gasoline engines joined by the usual 1.6- and 2.0-liter TDIs.

Even though the revamped A3 Sportback is probably earmarked for a September reveal at the Frankfurt Motor Show, the Cityhopper is allegedly not due until 2022 with a starting price higher than the Q2’s but lower than the Q3’s.

As a final note, it’s worth reminding our audience that spy shots have shown the A1 supermini will also be getting the crossover-derived treatment. It remains to be seen whether that one will get the “Allroad” suffix and/or if it’ll have Quattro.