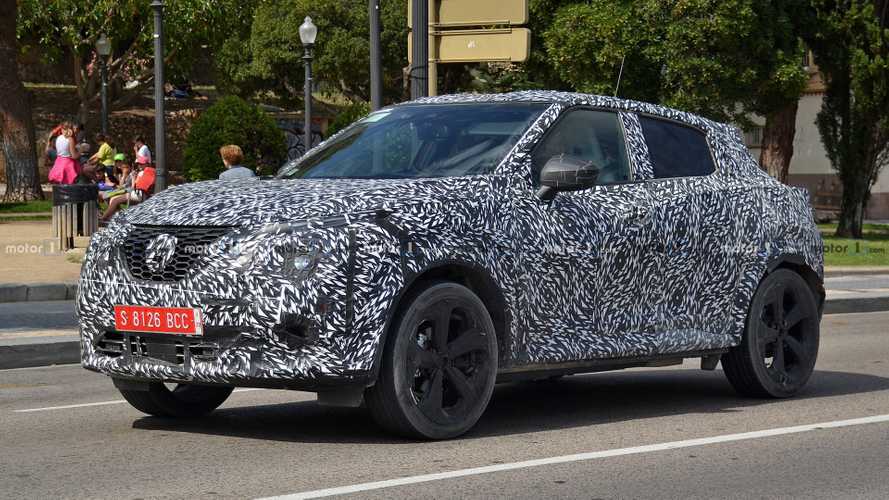 It'll still have a funky exterior, but sharper and more modern.

If you’ve read our “10 Cars We Hate That You Probably Love” article published at the beginning of the year, you already know by now that yours truly is not fond of the Juke’s eccentric styling. I do applaud Nissan for having the courage to come out with such a polarizing design, which has certainly worked as the Juke is still one of the most successful models in its class despite the fact it’s been around for nine years. It was eliminated from the U.S. lineup to make room for the Kicks, but it’s still going strong in other markets.

Here we have the completely new Juke hiding its production body underneath a full camo wrap. The thin disguise allows us to see some of the details, including the sleek headlights representing a major departure from those of the outgoing model. The lower circular lights are still there, but these appear to be much smaller than before, and in both instances, we’re likely dealing with an all-LED setup.

Since we’re on the subject of lights, the ones at the back are also completely new and don’t have anything in common with the taillights of the outgoing Juke. Maybe the camo is playing tricks on us, but the boomerang shape seems to be gone, and now the clusters are extending onto the tailgate to make the small crossover seem wider when viewed from behind.

The side profile also reveals quite a few changes as the mirrors have been moved slightly lower on the doors and the upper character line appears to be extending from front to rear. Carried over from the current Juke, the rear door handles are once again mounted up high near the C-pillars in a setup that likely won’t be to everyone’s tastes. The greenhouse has also been altered, but we are afraid to report it doesn’t seem to be bigger than before, so visibility won’t be great.

Styling aside, the second-gen Nissan Juke is expected to ride on the same platform as the new Renault Clio and will be offered with 1.0- and 1.3-liter turbocharged gasoline engines accompanied by a 1.5-liter diesel. Should you be interested in all-wheel drive, the more expensive versions with the automatic transmission are going to get AWD.

A plug-in hybrid powertrain is believed to be on the agenda as well, complete with a 1.6-liter four-cylinder gasoline engine, an electric motor, and a 9.8-kWh battery pack. The latter will have enough juice for a yet-to-be-confirmed electric range of roughly 20 miles (32 kilometers), which isn’t all that great. Nissan has previously hinted about a pure electric derivative, but it remains to be seen whether the Juke will go after the Hyundai Kona EV, Kia e-Niro, and the recently unveiled Peugeot e-2008.

The switch to the CMF platform will pay dividends in terms of the available space inside the cabin as the new Juke is expected to grow in size and feature a longer wheelbase. Better packaging brought by the more modern hardware will also boost the cargo capacity, while a completely redesigned dashboard will host an up-to-date infotainment system and more tech than before.

The revamped Sunderland-built Juke should debut before the end of the year and go on sale early 2020 to replace a model that has managed to generate more than one million sales as of July 2018.