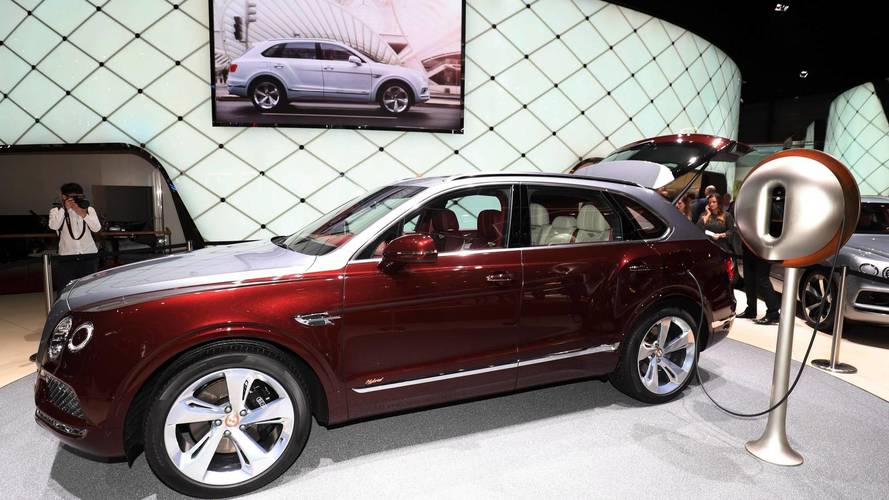 Bentley isn't a brand you'd think would concern itself with electrification. The company's 6.0-liter W12 engine is an icon, delivering supple power in several of the brand's high-end luxury cars. Society's uppermost crust likely has few qualms about the monthly gas bill. But not even Bentley can escape today's automotive realities and regulations, and the company hasn't been quiet about it. At last year's Geneva Motor Show, Bentley unveiled the Bentayga hybrid. We've also spotted the Bentley Continental GT plug-in hybrid testing. Now, according to a new report from Car and Driver, the company has a timeline for its electric plans with the company's first fully electric vehicle debuting in 2025.

Along with its first electric vehicle, Bentley plans to hybridize every model in its lineup – the Continental GT, Flying Spur, and Mulsanne. The company will likely use the same turbocharged 3.0-liter V6 in the Bentayga that's also rumored to power the Continental GT hybrid. Customers fearful a hybrid would neuter the brand need not worry. In the Bentayga, the gasoline-electric powertrain makes 443 horsepower (330 kilowatts) and 516 pound-feet (700 Newton-meters) of torque, propelling the hefty SUV to 62 miles per hour (100 kilometers per hour) in 5.5 seconds up to a top speed of 158 mph (254 kph). Plus, the added torque boost from the 17.3-kilowatt-hour lithium-ion battery will feel stupendous.

Car and Driver spoke with Head of Bentley sales and marketing Chris Craft about how a fully electric Bentley fits into the brand's portfolio. According to Craft, not only are more luxury customers interested in electric cars, but also such a vehicle would uphold Bentley's luxury ethos. The instant torque from the electric motors would make acceleration sublime.

Electric vehicles are still costly to develop and sell, with many automakers struggling to turn massive profits from the battery-powered vehicles. Hybridization and electric vehicles at the luxury level make it much easier for automakers to recoup R&D costs while still collecting a healthy profit for every vehicle sold. Bentley, a brand known for its heritage and luxury prowess, is dipping its toes into hybrids before diving in head first with electric vehicles. It makes sense.