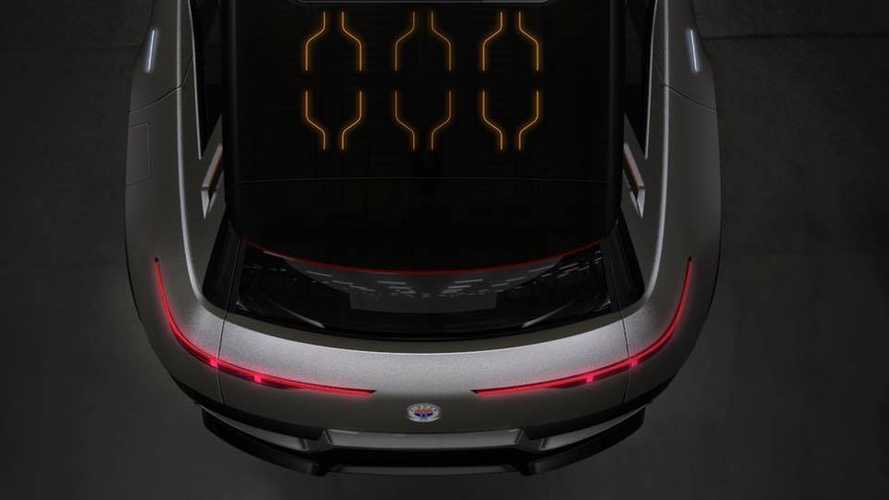 The model will feature a full-length solar roof.

The teasing game for Fisker’s production, all-electric SUV continues with two new teaser images. Through the voice of its ideologist and CEO, Henrik Fisker, the company reaffirms the vehicle will make its public debut in December this year.

One of the very important features the SUV will have is the full-length solar roof which can be seen in one of the new teaser images (see the lead image of this article). The rendering also hints the raised zero-emissions machine will have prominent fenders that, according to Henrik Fisker, belong to a supercar.

“Fisker was the first in the world to introduce a full-length #Solar roof: we will do it again on our SUV,” Fisker says in his latest Facebook post.

It will be interesting to see whether this will be an openable roof panel as in a previous post, Fisker hinted the vehicle will have an “extended open-air atmosphere” available at the touch of a button.

In older posts, Fisker also revealed the starting price of the yet unnamed model will be below $40,000 with sales starting around 2021. The company will follow the same selling strategy model as Tesla - setting up stores to sell the cars directly to the customers instead of going through dealerships.

“The world’s most sustainable vehicle! The Fisker all-electric SUV will feature new recycled materials from ocean debris and other recycled materials! It’s not just another EV. We want to change the world! Let’s do it.”

Some of the previously released teaser images revealed the SUV will feature turn signals mounted on the D-pillars, as well as pop-out door handles surrounded by an illuminated strip. According to preliminary details, the maximum range between two charges will be approximately 300 miles (483 kilometers) thanks to an 80-kWh lithium-ion battery pack. Two electric motors will motivate the SUV providing an all-wheel-drive setup.