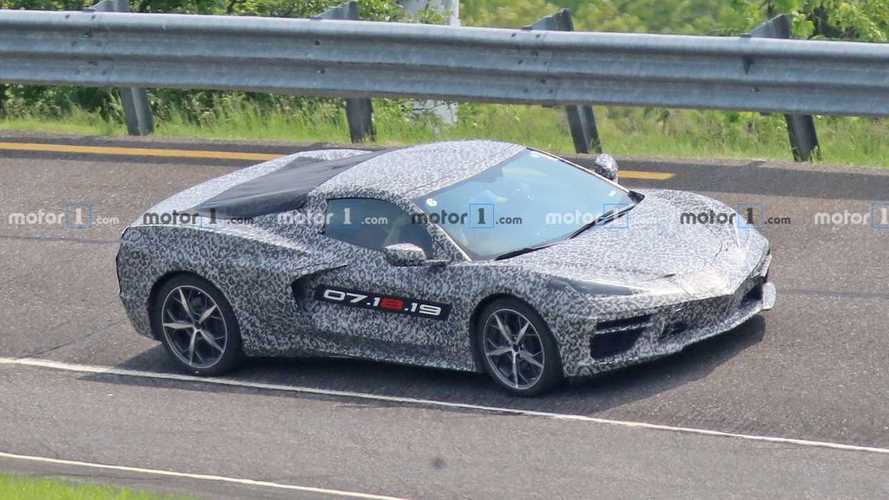 We're counting the days to the big reveal.

We are just a month away from the official debut of the next-generation Chevrolet Corvette and people are getting excited about the big event. The cat is pretty much out of the bag after tens of spied prototypes and renderings based on the photos, but the supercar is yet to be seen in its full glory. This will happen on July 18 in Tustin, California.

The information was revealed by a member of the Corvette Forum, who received his invitation to attend the reveal. The user that goes by the nickname ElisTwoCents lives in Southern Californian and is one of about 75 fans of the model invited to bring out their Corvettes and form a small display at the event. CorvetteBlogger reports he will attend the event with a Corvette Z06.

The emailed invitation also confirms the reveal event will start at 4 PM PDT when the Corvette Owners Celebration main parking lot will open. Three hours later, the doors open and at about 8:00 PM PDT the actual reveal will begin. The exact location of the event is not disclosed yet but keep in mind that Chevrolet will live stream the ceremony starting at around 8 PM PDT.

Our guess is the automaker will only show the base model at this event, which should use a 6.2-liter V8 with approximately 460 horsepower (343 kilowatts). Mated to a dual-clutch automatic, it should spin the rear wheels.

Later during the model’s lifecycle, there will also be a number of other options and rumors say a version of Cadillac's 4.2-liter, twin-turbo Blackwing V8 will arrive first. The wildest speculations even put a hybridized V8 under the hood of the mid-engined supercar with up to 1,000 hp (746 kW).

Meanwhile, the C7 inventory is shrinking and you’ll have to act fast if you want a Corvette with the engine at the front.