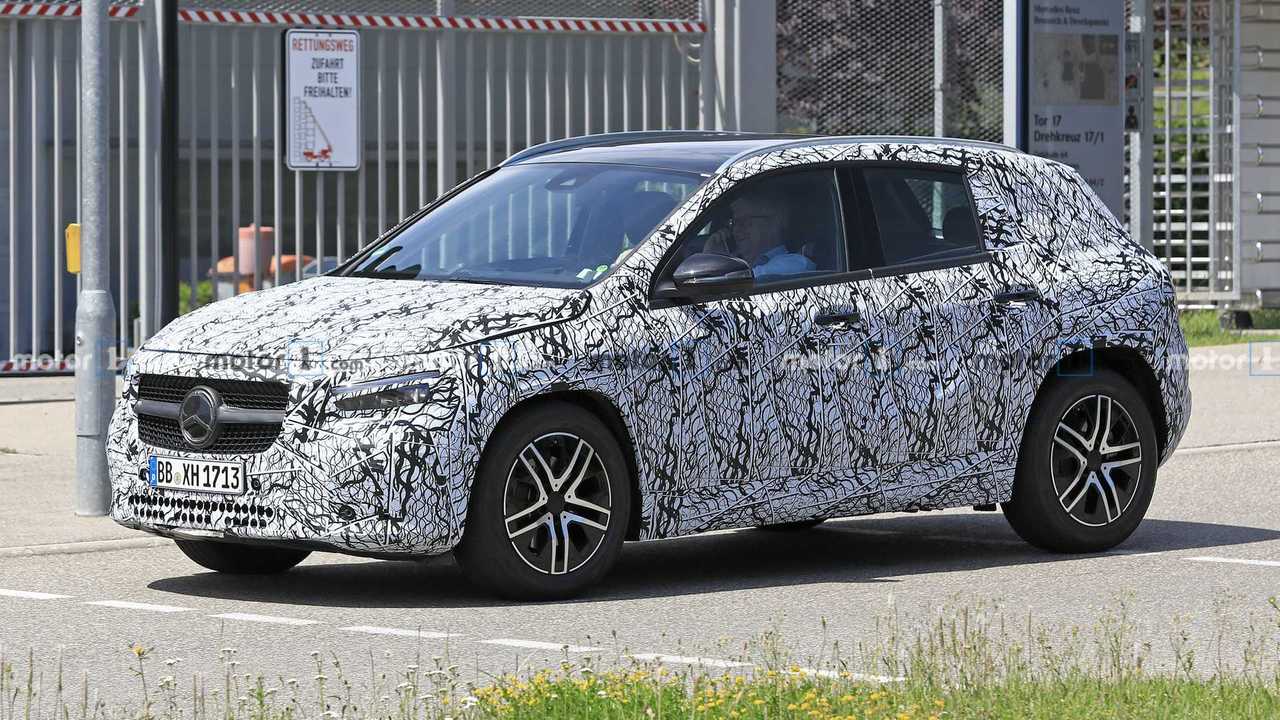 These crystal clear photos show an attractive Mercedes makeover is coming to the compact crossover.

A fresh batch of spy shots hit our inbox today, capturing the revamped Mercedes-Benz GLA-Class in extremely crisp images that offer us an outstanding look at the compact SUV’s refreshed shape. It’s not going to rewrite any GLA-Class history, as Mercedes-Benz will clearly keep it closer to the realm of curvy crossover instead of blocky SUV. That role – at least in the compact realm – will be held by the recently revealed GLB-Class.

That’s not to say the new model will just be a carbon copy of the old with fresh headlights and wheel options. Despite the camo wrap we can see the next GLA should be just a bit larger overall, with a bit more ground clearance and a taller greenhouse for occupants. We don’t expect it to grow too much – the new GLB-Class should soldier on as the only seven-seat compact Merc, but a bit more exterior space should equal a bit more legroom for five passengers inside. Otherwise, we can see this prototype appears to have production-spec headlights and taillights, though heavy camouflage still hides final design elements.

Underneath it all, the new GLA-Class should have the exact same front-wheel-drive architecture that drives the A-Class and GLB-Class. As such, power should come from a 2.0-liter turbocharged four-cylinder connected to an eight-speed automatic in the U.S. market, creating 221 horsepower (164 kilowatts) with all-wheel-drive available as an option. Euro markets could see a smaller 1.3-liter turbo offered in base models, and yes, an AMG variant with up to 416 hp (310 kW) is rumored for the future.

Speaking of, it’s also rumored that the new GLA will debut later this year in Frankfurt as a 2020 model. However, we’ve also heard the big reveal could happen next year, and considering the level of camouflage we still see on test vehicles, we’re inclined to believe the latter. A debut in early 2020 would make this a 2021 model, but time will tell if that guess is correct.