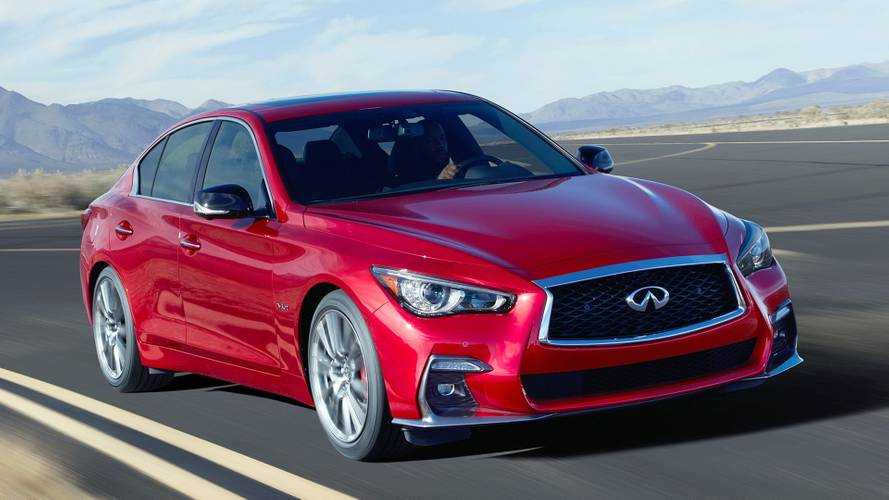 Customers would be left with two different V6 engine options.

If the order guide for the 2020 Infiniti Q50 is correct, then potential customers will have one less engine choice going forward. According to Cars Direct, the absence of the Q50’s entry-level turbocharged 2.0-liter engine on the order guide likely means the Japanese luxury brand will offer just two engine choices for 2020.

Customers wanting the sedan will have to settle for either the turbocharged 3.0-liter V6 engine making 300 horsepower (223 kilowatts) or the twin-turbocharged 3.0-liter V6 producing 400 hp (298 kW) in the Q50 Red Sport. According to the publication, Infiniti would neither confirm nor deny the powertrain change. The absence of the smaller entry-level mill means customers will pay much more than before to own a Q50. The Q50 with the turbo 3.0-liter starts at $49,045 – that’s over $12,000 more than the current 2.0-liter turbo version.

When Infiniti introduced the Q50 in 2014, the company had hopes of targeting the likes of Mercedes-Benz, BMW, and Audi and their luxury sedans. However, the landscape has changed a lot since then with Q50 sales unable to circumvent the sedan death slide. Infiniti’s QX60 and QX80 crossovers are now the brand’s best-selling vehicles.

Another reason for the discontinuation could be the closeness to the QX50 crossover in price. The Q50 sedan with the 2.0-liter mill is $1,000 less than the crossover variant, which sports a new variable compression version 2.0-liter engine making more power—268 hp (199 kW) compared to 208 hp (155 kW). Removing the turbo 2.0-liter engine could be a way for the company to get customers into the crossover while opening up a slot below the Q50 sedan for a potential new product.

Simplifying sedan offerings appears to be a new trend among luxury automakers. Cadillac eliminated trims and engines from the CT6 in 2020, even as it faces an uncertain future. Overall, sedan sales are falling as consumers flock to crossovers, trucks, and SUVs. Automakers simplifying their sedan portfolio could be one avenue to cut costs while still meeting customer demand.