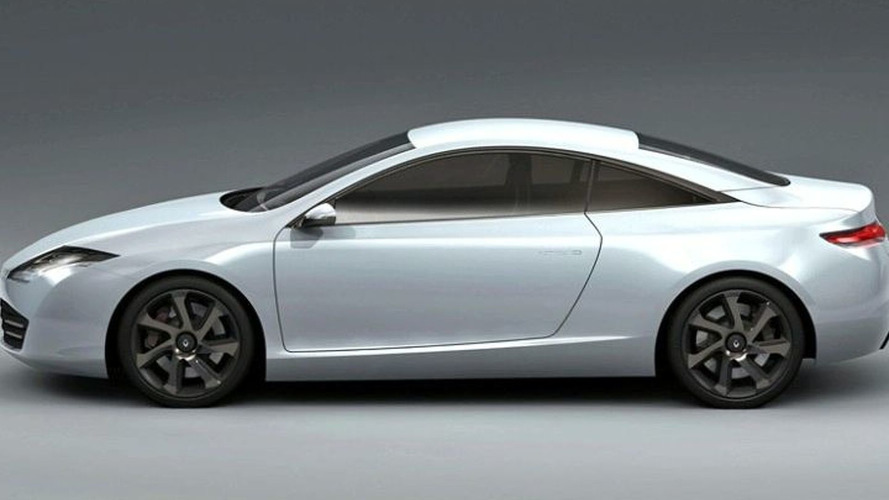 The Laguna saloon and estate models make their world premiere at Frankfurt next week but these photos of its fellow Renault stand star have surfaced ahead of its debut, revealing Renault's Laguna Coupe Concept.

The launch of the third-generation Laguna creeps ever closer and with less than a week before the Frankfurt Show reveals the cars supposed to have been kept under wraps until their official unveiling, we bring you yet another glorious leak. The Laguna saloon and estate models make their world premiere at Frankfurt next week but these photos of its fellow Renault stand star have surfaced ahead of its debut, revealing Renault's Laguna Coupe Concept. Essentially a near-production version of the Laguna Coupe, the new car is speculated to enter the market in the second half of 2008.

Renault have made it no secret that the new-generation Laguna is firmly footing itself in a new league of design and build quality, and the Coupe is sure to reaffirm this new direction. Inspired perhaps by the 2004 Fluence Concept, the Coupe Concept further enhances the lines of the Laguna, making them more elongated and mated to the car's external features. New lights front and rear may stay for production to distance slightly from saloon and estate models, signalling a shift upmarket. The concept car's interior is an aesthetically-pleasing two-tonal delight, however the transplant of the new Laguna's interior into the Coupe is what will see production.

Based, naturally, on the new Laguna platform, the Laguna Coupe Concept is likely to be powered by an economical, green engine - perhaps even a hybrid system - in line with a number of unveilings featuring greener drivetrains. In production form, expect a more limited range of engines than the saloon and estate ranges, with the inclusion of 2.0-litre diesel and petrol 4-cylinder powerplants being likely. A range-topping 3.5-litre V6 model can also be expected, with all models offering the choice of a six-speed manual or automatic gearbox.

Check back nearer to the Frankfurt Motor Show for official information and any further photos.