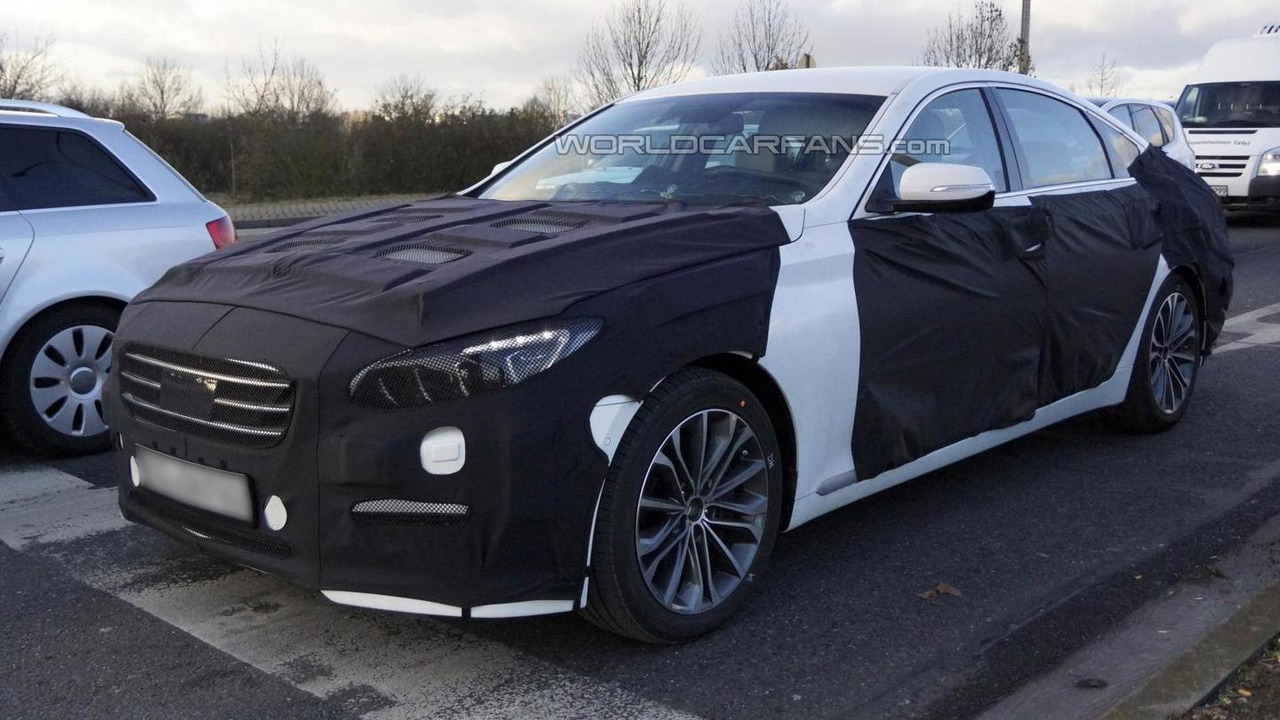 The new generation of the Hyundai Genesis Sedan has been spied before the car's debut next year.

The new generation of the Hyundai Genesis Sedan has been spied before the car's debut next year.

Now that Kia has launched the K9/Quoris, Hyundai is getting reading to present its new generation of the Genesis Sedan. Just like Kia's flagship model, the new Genesis will adopt a rear-wheel drive architecture, but chances are that an AWD system will also be offered. Codenamed "DH", the new model is expected to go on a diet (up to a couple hundred pounds) and feature a sportier tuning.

There won't be any significant changes in engine lineup as the new model will borrow the same 3.8-liter V6 and 5.0-liter V8 power units but with some minor tweaks. An 8-speed automatic transmission is a certainty at this point, but the model could also be offered with a brand new 10-speed auto.

A full reveal should occur sometime next year.