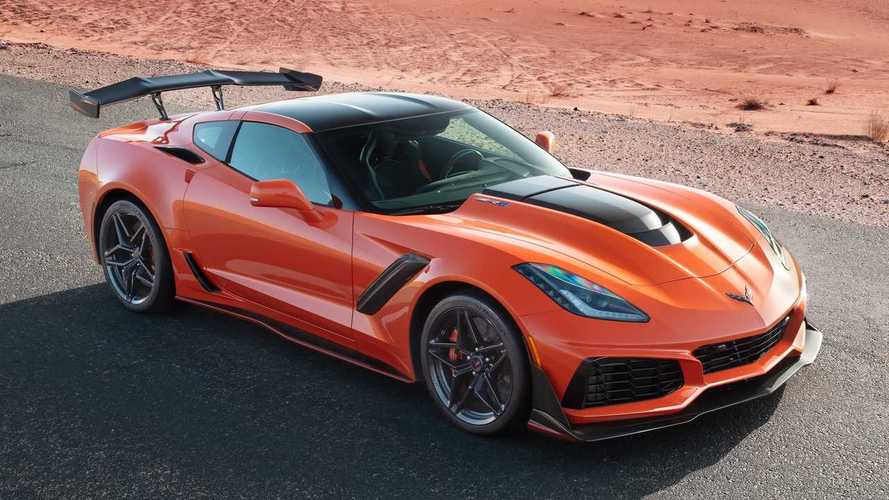 Want your new Corvette to have the engine in the front? Better act fast.

We are exactly one month away from the world debut of the highly anticipated Chevy Corvette C8, but should you want the outgoing front-engined C7, you’d better act fast as the inventory is shrinking as we speak. The folks over at einventorynow.com have done the research to discover dealers have a little over 7,000 cars in stock from the 2019MY, while the number of older 2018MY vehicles doesn’t exceed 200.

Precisely 7,045 C7s available at Chevy dealers equates to a 98-day supply, and if you can’t find the spec you’re looking for, it’s important to know you won’t be able to configure a new Corvette C7 after this week. That shouldn’t be much of an issue as more than 7,000 cars is still a lot and there’s a good chance you’ll find something to your liking, presumably with a nice discount since dealers are likely eager to clear excess inventory stock to make room for the new merchandise.

Saying Goodbye To A Legend:

Last Chevy Corvette C7 To Be Auctioned For A Good Cause

Production of the mid-engined ‘Vette will not kick off at the Bowling Green Assembly right after the C7’s EOP as there will be an estimated 10-week hiatus factoring in the usual two-week summer shutdown and about two months to retool the factory and get it ready for the C8. The C7’s gradual demise has already started, with einventorynow.com saying Chevy is pulling the plug on the convertible and ZR1 orders.

According to the website’s estimations based on the factory’s scheduled pause, remaining stock, and the 1,900-car monthly output at the factory in Kentucky, there will be fewer than 2,500 units in stock (or a 35-day supply) by the start of C8 production.

As much as we’re excited to finally see the mid-engined Corvette in production form, there’s no denying the C7’s impending termination represents the end of an era. There had been rumors about the two generations peacefully co-existing for a while, but that’s not going to be the case as the front-engined Corvette is about to bid adieu. It’s been one hell of a ride and we hope the C8 will live up to the hype.