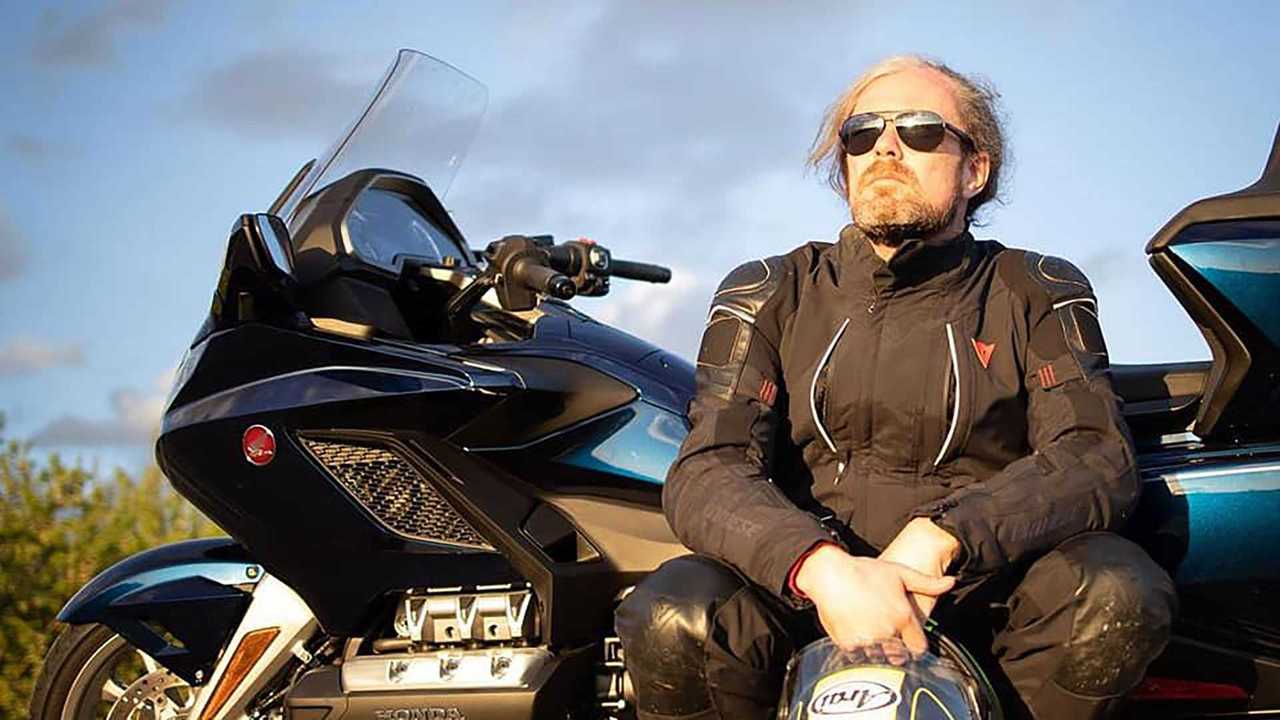 Authorities are treating Johnson’s disappearance as an accidental drowning.

Authorities have called off the search for automotive journalist Davey G. Johnson. The 43-year-old contributor to Car and Driver, Jalopnik, and Motorcyclist went missing on an overnight motorcycle ride from Mammoth, California to his home in Sacramento.

According to former Motor1.com contributor Abigail Bassett, the unofficial liaison between Johnson's hundreds of friends and family and the authorities, his disappearance is being treated as an accidental drowning. Bassett said in the last update to a Facebook thread that has been shared over 1,000 times that “detectives believe that Davey went into the river of his own accord, and there is no evidence of foul play.”

Johnson has been missing since June 5. His last contact was a selfie sent to a friend on the shore of the Mokelumne River. A widely respected writer with an encyclopedic knowledge of cars, motorcycles, and music, Johnson was testing a Honda CB1000R for Motorcyclist when he stopped for a breather.

Authorities have spent the last 10 days conducting an exhaustive search, combing the woods around the Mokelumne River and the waters it feeds into with boats, jet skis, helicopters, dogs, and on foot, covering nearly 450 miles of terrain. As we reported in the early days of Johnson’s disappearance, the motorcycle he was testing, his helmet, and gloves were found at a rest area, while his laptop, camera, phone, and clothes were found by the riverside.

The disappearance of such a widely beloved member of this tight-knit community has left it reeling. Tributes and pleas for Davey to come home have been published across the automotive blogosphere during the search, with Motorcyclist’s Chris Cantle and Car and Driver’s John Pearley Huffman writing two of the most poignant. We encourage you to read them.

Our tribute to Johnson’s daring, ambition, charm, eccentricity, and character, though, will be a simple one: We miss you, Davey. The world, and the automotive journalism community, is worse off without you.

Motor1.com would like to thank the Calaveras County Sheriff’s Department and the over 100 men and women that took part in the search for Johnson.

The California Office of Emergency Services obtained resources and personnel from agencies which included:

Search efforts concentrated on the Mokelumne River Canyon between the Electra Hydro Power Plant and Pardee Reservoir. Prior to Saturday’s search, the entirety of Pardee Reservoir was systematically searched using boats and specially trained dogs. A portion of Highway 49 in the search area was temporarily reduced to one lane during Saturday’s search to ensure the roadside and embankment were thoroughly searched.

In total, searchers logged over 448 search miles on foot. This mileage does not include distances travelled by persons searching by boat or air miles which have been covered during numerous days of helicopter and UAV (unmanned aerial vehicle) searching.

Mr. Johnson’s motorcycle was located at Big Bar River Access on Friday, June 7th with the keys in the ignition. The motorcycle was determined to be in operable condition with no apparent mechanical issues. The search for Mr. Johnson was initiated following the discovery of the motorcycle and had continued daily with an assortment of resources.

The search for David Johnson will be continued by the Calaveras County Sheriff’s Office Marine Safety Unit and Sheriff’s Detectives, however, large scale search efforts have been suspended pending further information or leads.

If anyone has seen David Gordon Johnson or has information regarding his disappearance, they are asked to call the Calaveras County Sheriff’s Office at (209) 754 6500, or the Investigations Tip Line at (209) 754-6030.