The 49-year-old fugitive apparently isn't without a sense of humor.

For the record, it must be stated that the subject of this rather ironic story is not affiliated with Ford Motor Company or the Ford family which built and continues to be involved in the global automotive giant. However, according to a report from Detroit-based WXYZ-TV News, there is a person apparently named Henry Ford who has sticky fingers when it comes to equipment inside and outside of cars. And if you can believe it, he seems to be targeting Ford vehicles in the Detroit area. Seriously? Yeah, but wait – there’s more.

The report identifies 49-year-old Henry Ford as a Detroit native with a long history of breaking into cars and stealing electronic items such as GPS units. He also apparently nabs wheels, not to mention entire cars. The Michigan Department of Corrections website shows Ford as having served multiple prison sentences for receiving stolen property, assault with a dangerous weapon, and most recently for larceny from a motor vehicle. That’s where the other rather interesting side to this story comes in, as he allegedly cut off his monitoring tether around his ankle and sent it to cops with a note basically saying he was done with parole. At least he was kind enough to let somebody know, but that's not really how parole works.

Irony At Its Best: 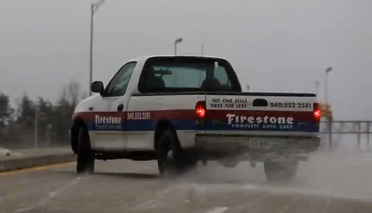 Whether Ford has a particular fondness for going after, um, Ford vehicles or merely appreciates the irony of Henry Ford terrorizing Ford owners is unknown. In any case, the report does mention a new warrant issued for Ford in the Detroit suburb of Livonia for stealing tire from a Ford EcoSport. Police found evidence of his alleged thefts in the back of – you guessed it – a Ford F-150 that Ford apparently owns.

Should any of our readers in the southeast Michigan area encounter Ford, there is a cash reward for information leading to his arrest by calling 313-234-5656. In the meantime, we’ve reached out to the Detroit Police Department to see if there’s an update on Ford’s activities. Here’s hoping the car thief doesn’t cause any more harm to vehicles bearing his name.