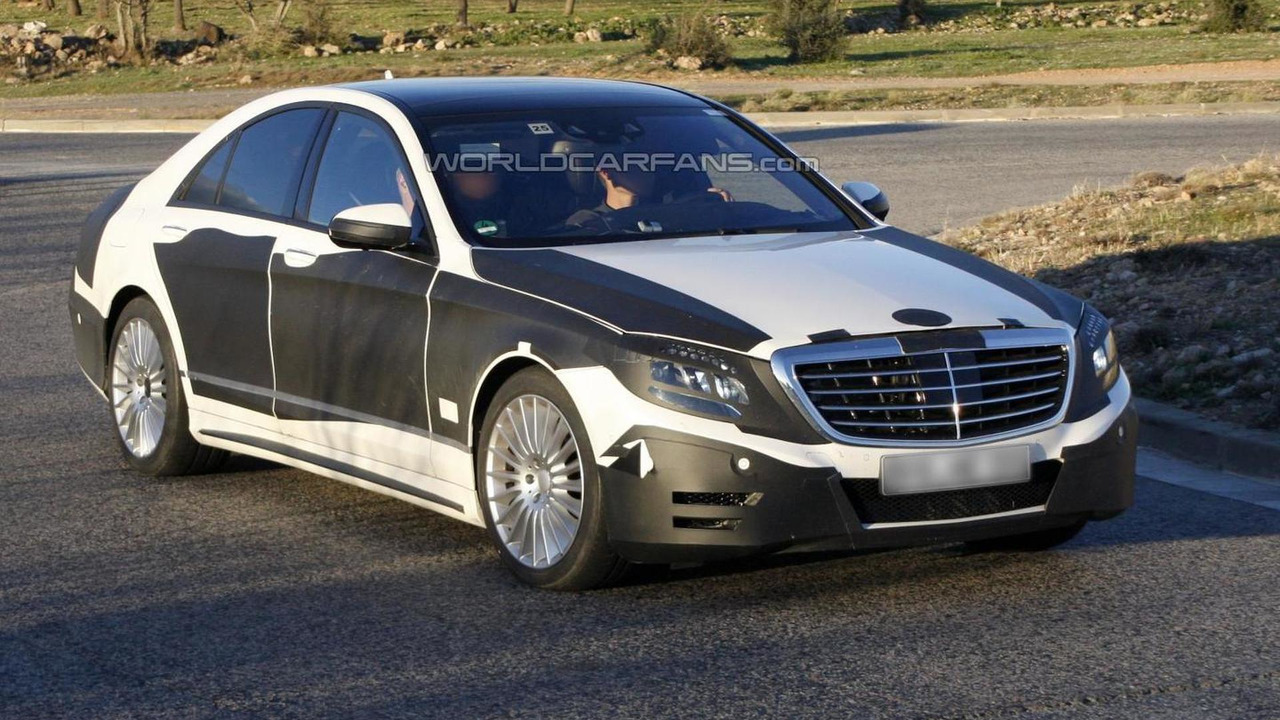 The upcoming 2013 Mercedes-Benz S-Class has been spied in more revealing photos. Full reveal next year.

The 2013 Mercedes-Benz S-Class has been spied in more revealing photos.

This is the first somewhat clear view of the upcoming flagship model and we get to see more of its elegant lines and redesigned air intakes. As previously confirmed by Mercedes, the new S-Class will feature the Aesthetic S design language which represents a cross between a three dimensional sculpture and an audio-video art projection.

The next-generation model has an evolutionary design with a sculpted hood, a larger front grille and LED-infused headlights, while at the back it will get a dual exhaust system and CL-inspired taillights.

Inside it will feature a high-tech instrument panel with two large LCD screens, one of which will replace the regular analog instruments while the other will be a multifunctional touchscreen display for controlling satellite navigation, climate, entertainment and communication systems.

Power is expected to come from the firm's new "MoVe" (modular V6 and V8) engines that will probably feature direct injection and turbochargers. A hybrid variant is also in the works and is expected to complete the 0-62 mph (0-100 km/h) sprint in less than 6 seconds, with an average fuel consumption of 71.2 mpg (85.6 mpg UK or 3.3 liters / 100 km). The hotter AMG version is likely to use a V8 5.5-liter twin-turbo engine.