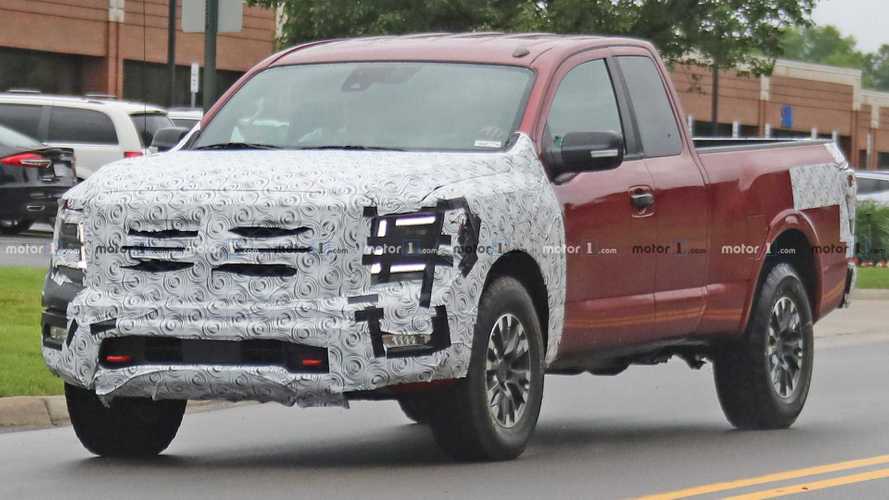 Check out the updated interior, including a new infotainment screen.

Nissan reserves its Pro-4X moniker as the more off-road-oriented grades of its pickups. These new spy shots catch the refreshed 2020 Nissan Titan testing in this tougher looking trim while driving around Farmington Hills, Michigan.

The automaker keeps the front and rear of this pickup under fairly heavy camouflage, which hides the exterior elements that Nissan's designers intend to tweak. The concealment largely disguises the revisions to the front end, but this test mule exposes the LED running lights that outline three sides of the lamps. In one of the images, the passenger side headlight's covering is largely absent, which reveals the tweaked shape for the stacked lamps.

At the back, the only major change evident here is a redesign for the taillights. The lamps have a similar shape, but the interior layout is different, including making the red section larger at the upper section.

Our spies are also able to snap a few pictures of the cabin, and these shots reveal a new infotainment screen. The display is much larger than on the existing Titan, and the company moves the physical controls below the screen, rather than putting them on each side of it like on the current truck.

Powertrain changes for the refreshed Titan remain a mystery at the moment. The existing 5.6-liter V8 probably isn't going away, but it's possible that the company could make some tweaks that might improve fuel economy or boost output just as a way to keep up in the cut-throat pickup market.

Look for Nissan to debut the refreshed Titan before the end of the year. It's not clear whether the updated truck would be available in showrooms before it's time to switch calendars, though.