Sometimes, you have to sacrifice some comfort to look cool.

We’ve all dreamt at one point or another of driving a race car on public road. There’s an inherent coolness to such an anti-social and rebellious act. While automakers do sell road-going versions of their most potent race cars in hopes of enticing customers into a one-of-a-kind driving experience, these are often much more tamed than you’d expect, blending power and everyday creature comforts. But for the only road-legal Aston Martin Vulcan, even the most basic creature comforts are nonexistent.

The video above, which chronicles part of this year’s Gumball 3000 Rally, shows just how harsh it is to drive the road-going Vulcan. Aston did what a high school senior does just days before graduation – the bare minimum. Aston added headlights, shortened the front splitter, and remapped a few steering-wheel buttons for things such as turn signals and wipers, and called it a day. The Vulcan features plastic windows that don’t roll down, making paying road tolls a challenge that requires slipping out of the safety harness and opening the door.

The Vulcan's Journey From Race Car To Road Car: 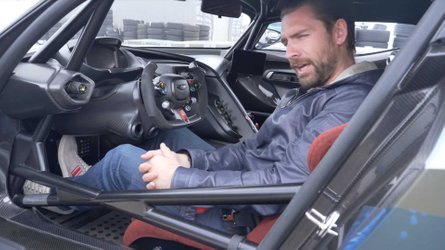 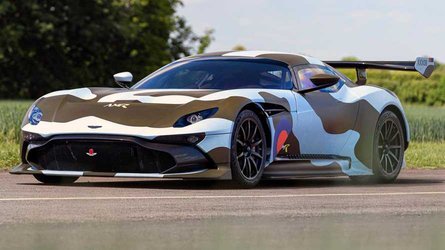 Inside, it’s loud, too, with the driver and passenger required to wear aviation-grade headsets to communicate. The car must be turned off when stopped, so it doesn’t overheat, and the only source of fresh air is the air conditioner. Near the end of the video, the Vulcan gets trapped in a vicious storm. The in-car audio is deafening with the rain and hail pelting a car that has little if any sound deadening. You can see other cars stopped on the side of the highway, waiting for the storm to pass.

Driving a race car is both thrilling and exhausting. The creature comforts we come to enjoy, such as cup holders, storage bins, and windows that roll down, make driving a much more comfortable experience. While it’d be cool to cruise around in a road-legal race car, it’d be laborious to drive such a car daily. Or would it?