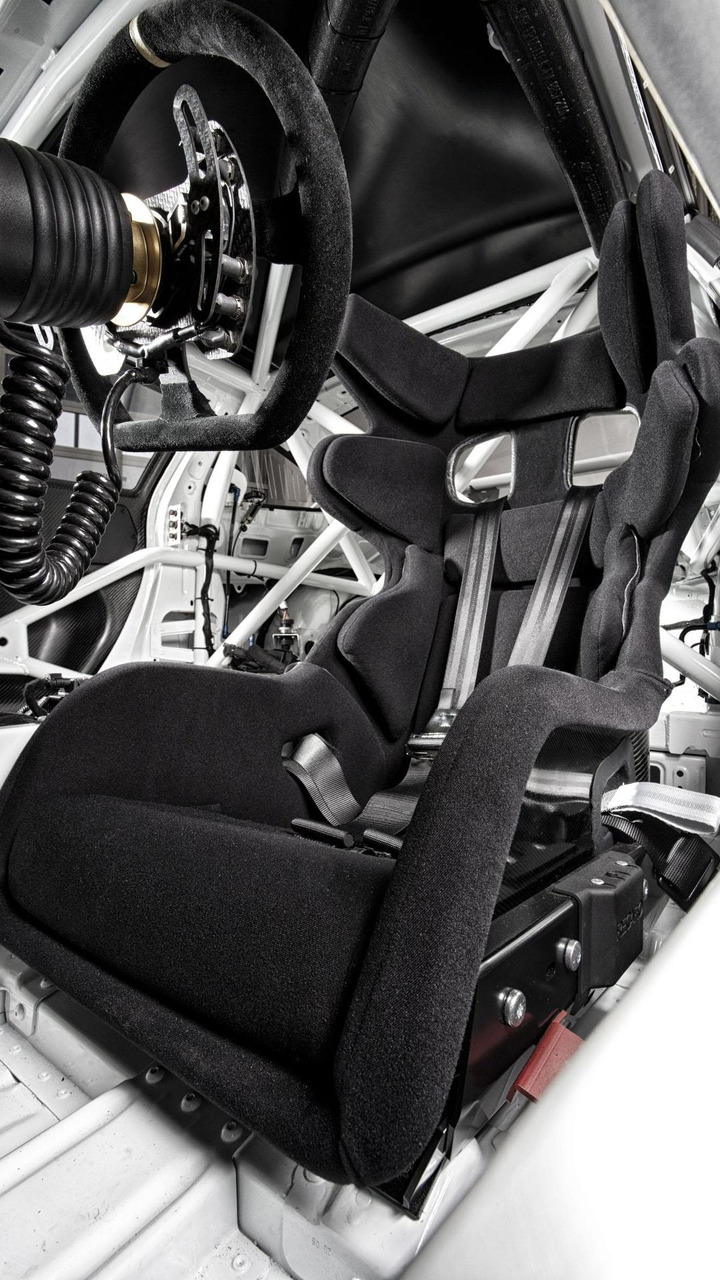 Porsche has officially unveiled the 2013 911 GT3 Cup at the company's "Night of Champions” celebration.

Porsche has officially unveiled the 2013 911 GT3 Cup at the company's "Night of Champions” celebration.

Based on the upcoming 911 GT3, the Cup features an evolutionary design with a new front bumper that has a front splitter and carbon fiber canards. There's also a rear wing, a center-mounted dual exhaust system and single-piece racing wheels with wider Michelin racing slicks.

The driver-focused cockpit has a flat-bottomed steering wheel, an angled center stack and a digital instrument cluster. There's also a newly-developed racing seat, an improved roll cage and a roof "rescue hatch" that allows for easy extrication of the driver in the event of a crash.

Motivation is provided by a 3.8-liter flat-six engine that develops 460 HP (338 kW) which is 10 HP (7 kW) more than its predecessor. It is connected to a six-speed "dog-type" transmission that is operated via steering wheel-mounted shift paddles.

According to Porsche works driver Timo Bernhard, “The new 911 GT3 Cup is much easier to drive at the limit. The car is excellently balanced. The new axle geometry is enormously positive for the handling. Apart from that, the new Cup 911 is great fun to drive.”

The 911 GT3 Cup will be priced from €181,200 (excluding VAT) and will compete exclusively in the Porsche Mobil 1 Supercup beginning next year.