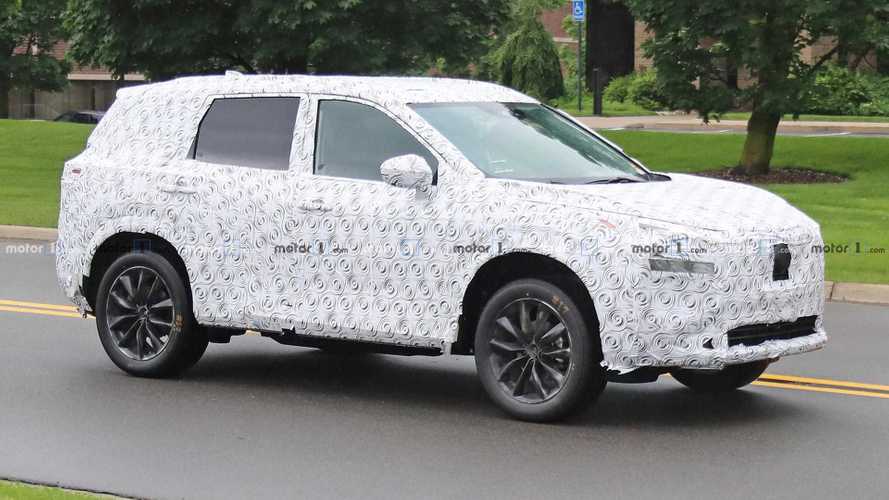 Nissan really doesn't want you to see it.

New spy shots provide our very first look at the next-gen Nissan Rogue. This one is under development in Farmington Hills, Michigan.

This test mule wears swirling camouflage over the entire body. The concealment even largely hides the headlights and taillights. Just judging by the silhouette, the new model as a more upright and chiseled appearance in comparison to the current one. Our spies note styling similarities with the 2018 Xmotion Concept, and the pair seem to have an especially strong resemblance at the rear.

Powertrain changes for the new Rogue are a complete mystery at this point. One possibility is that the crossover could get the update its 170-horsepower (127-kilowatt) 2.5-liter four-cylinder in favor of the improved version in the 2019 Altima that makes 188 hp (140 kW) and 180 lb-ft (244 Nm). If Nissan wants to offer a more powerful variant than the turbocharged 2.0-liter four-cylinder with variable compression is also from the Altima and makes 248 hp (185 kW) and 280 lb-ft (380 Nm).

In addition, there might be an updated hybrid powertrain to replace the existing offering – an electrified 2.0-liter four-cylinder making a system total of 176 hp (131 kW).

It's also not clear when the new Rogue might debut. The current model's refresh dates from the 2017 model year, so the crossover is nearly due for an update. An unveiling at an auto show early next year seems plausible.