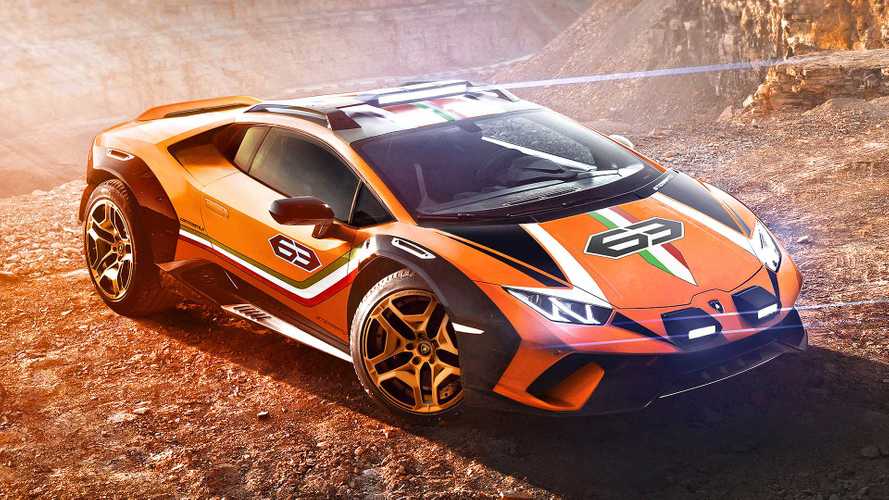 Production would be limited, according to rumors.

The Lamborghini Huracán Sterrato the Sant’Agata automaker released last week is more than just a one-off concept. The company built it, and let a select few take it for a spin. Automobile magazine’s Georg Kacher was one such lucky lad who got more than just seat time in the high-riding Lamborghini. According to the publication, the possibility of the Sterrato moving from concept to production is closer to reality than one might expect.

Lamborghini In Stabilization Phase, No Fourth Model For Now

Lamborghini’s chief technical officer Maurizio Reggiani spoke freely at how the company could not only build the Sterrato but also do it at a profit. Reggiani said the automaker would manufacture the restyled body parts using 3D printers. The body parts, made from a new lightweight synthetic material the company developed, would then be bolted onto the body. However, if Lamborghini decided to build the Sterrato, rumors suggest it would have a limited production of 500 to 1,000.

It may seem strange for an iconic supercar brand to venture away from traditional supercars, but Porsche has led the way in producing unconventional brand models to great success. Plus, Lamborghini has already crossed that sacrilegious bridge with the Urus SUV, and yet the world still spins. And it’s not like the Sterrato is a complete departure for the company. Underneath the raised suspension and off-road cladding is a 640-horsepower Huracán Evo and its 5.2-liter V10.

To give the Sterrato its off-road prowess, Lamborghini raised the ride height, recalibrated the Lamborghini Dinamica Veicolo Integrata that controls four-wheel drive, four-wheel steering, torque vectoring, and more, widened the front and rear track, and added plenty of off-road cladding to complete the look.

If the Lamborghini Huracán Sterrato makes production – it has several more hurdles before getting approval – Kacher says it could allegedly cost approximately €240,000 (about $270,000 at current exchange rates). Let’s review: It has supercar power and a supercar price tag, a unique look, and a limited run. Yeah, it’ll sell.