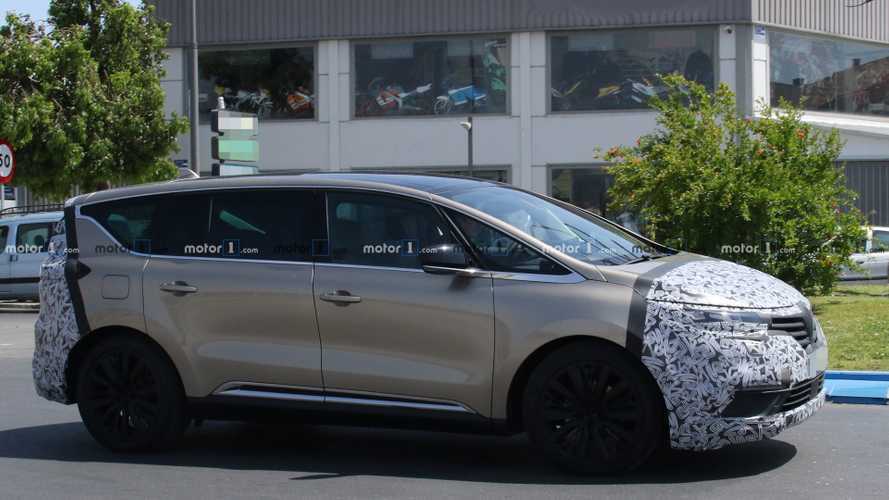 It was January this year when we last saw the facelifted Renault Espace out testing in pre-production form – it was a strange sight as the French minivan was going sideways on a snowy road. Now, six months later, there’s finally a new batch of spy shots depicting the vehicle continuing its tests somewhere in Southern Europe. It’s time for some hot weather testing.

Unfortunately, this prototype is still wearing a significant amount of camouflage and is not letting us take a closer look at the visual changes. Still, it’s probably safe to say we will be dealing with a discreet makeover with updated radiator grille, headlights, and front bumper, as well as slightly modified lights at the back. We can’t confirm that at the moment but the LED daytime running lights at the front will likely be reshaped to match the ones found in the Megane, Talisman, and Clio.

As far as the interior is concerned, no major changes are probably planned as Renault will try to keep research and development costs as low as possible since the segment is shrinking. Still, some modifications to the infotainment system and minor tweaks to the digital cluster software are possible, as well as additional color schemes and upholsteries.

Under the hood, the Espace is already available with an Alpine-sourced 1.8-liter turbocharged gasoline engine. We expect this unit to carry over to the refreshed versions, as will most likely do the dCi diesel-powered models with 160 and 200 horsepower (119 and 149 kilowatts). As standard, all these configurations are offered with a dual-clutch automatic gearbox.

We expect to see the facelifted Espace debuting this fall with a public debut at the Frankfurt Motor Show in September. Sales should start before the year’s end.