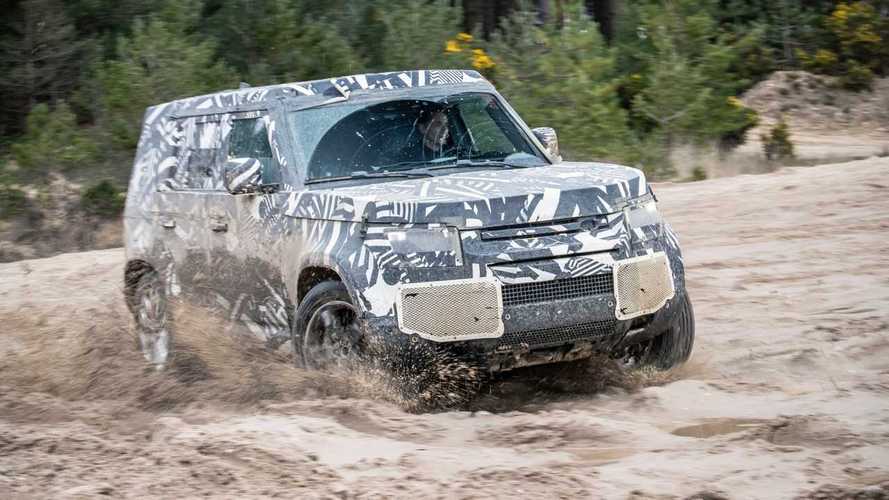 We're wondering what that actually means.

In an attempt to maximize the Defender’s customer base, Land Rover will be reintroducing the iconic off-roader to the United States for the upcoming all-new model after a hiatus of more than two decades. In addition, Tata Motors-owned JLR will also launch the next generation in China where the sleek styling of the Evoque has “inspired” at least one local automaker.

Not only will it sell the revamped Defender in China, but Land Rover has actually developed the SUV with the People’s Republic in mind. Automotive News is reporting JLR revealed in a recent presentation made to investors the 2020 Defender would feature “China-specific features.” It’s not known what that actually means, although a generous wheelbase offering lots of legroom for rear passengers was probably on the to-do list.

It will be interesting to see whether these features will be implemented in the global version or Land Rover plans to introduce a separate version of the SUV tailored to China. Another piece of the puzzle that’s missing is where the CN-spec model will be built, with the global version to be assembled at a new factory in Slovakia. JLR does have a 50:50 joint venture established in 2012 with Chery to build models like the Evoque and Discovery Sport along with several Jaguars, but it’s not known at this point whether the Defender will be added to the assembly line.

Out of production since January 2016, the Defender will be back in business in September when its all-modern successor is expected to debut, quite possibly at the Frankfurt Motor Show. It’ll go on sale early next year with conventional and mild hybrid engines, with a plug-in hybrid derivative slated to arrive further down the line.

Land Rover has promised a vast lineup for the reborn Defender encompassing attainable versions serving as workhorses joined by more luxurious models for those interested in a viable Mercedes G-Class alternative. At least one pickup truck member is expected, and who knows, there might even be a performance version just to cover all the bases.