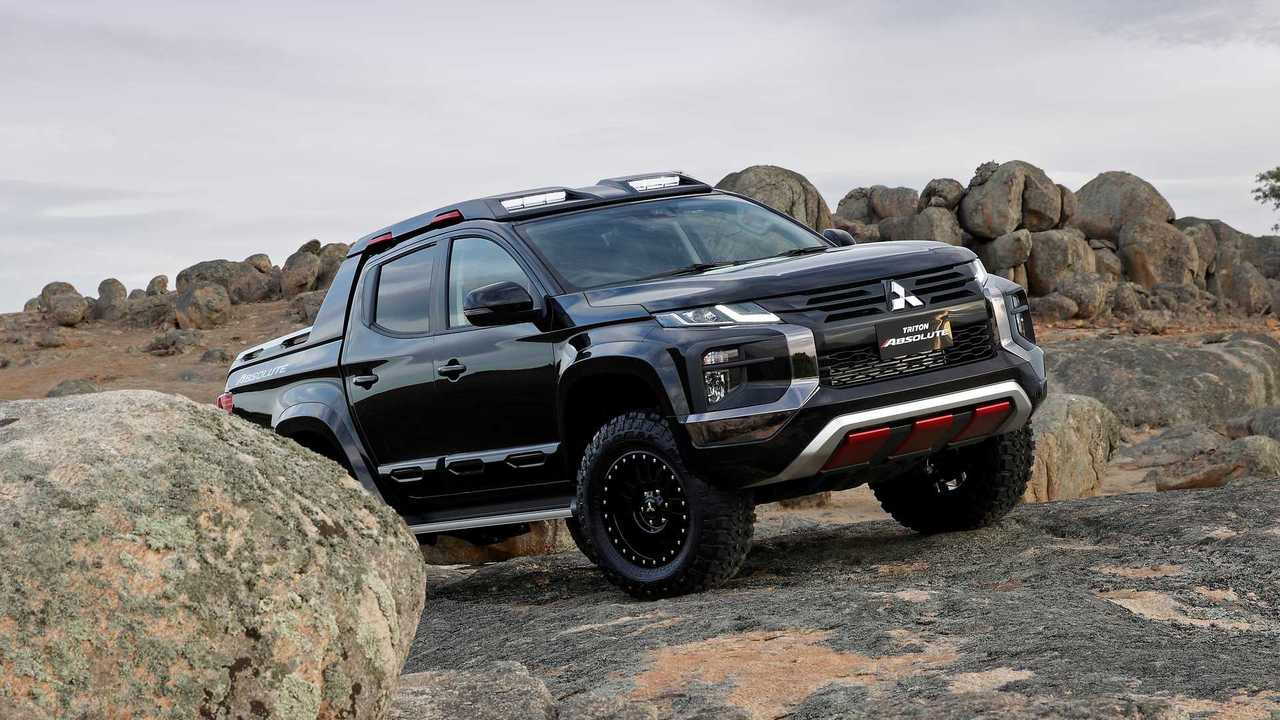 Earlier this year, Mitsubishi debuted a tough-looking concept version of its Triton midsize pickup truck called the Triton Absolute. In short, it was billed as a competitor for the Ford Ranger Raptor, which debuted last August for markets outside of North America. Mitsubishi’s venerable Triton (AKA L200 is certain markets) is also a not-for-U.S. staple in the truck world, and though the Absolute was billed as just a concept, talk immediately surfaced about a possible production model.

Now, that talk is elevated a couple notches. Australian motoring website CarAdvice claims to have trademark application images from Mitsubishi showing two versions of a possible production-spec Triton Absolute. One version is very mild, looking mostly like the newly facelifted 2019 pickup with fender flares, side steps, and a suspension lift. The other is more aggressive, incorporating bed-mounted side sails and bars, and a roof rack with integrated lights similar to the concept vehicle. The purported images are available to view in the CarAdvice report; we tried digging up the specific trademark application mentioned as the source but came up empty-handed. No other details about a possible production model are known.

If such a thing comes to pass, the concept likely provides clues to how a production version would get along. The mechanical changes on the Triton Absolute are limited to the suspension, with a two-inch lift providing a bit more ground clearance. Engineers also widened the truck’s stance and increased its suspension travel for a more accommodating off-road ride. Whether it’s capable of taking small jumps like the Raptor is unknown, as are any potential changes to the engine. On the aesthetic/functional side, the concept also gets skid plates front and rear and meaty off-road tires for better grip on loose surfaces. Aforementioned bed and roof add-ons complete the crux of the package.

Mitsubishi is currently on tour with its Triton Absolute concept, and we suspect the automaker is gauging response on the truck rather closely. A trademark application certainly isn’t a smoking gun for an imminent production model, as such things are submitted regularly for designs and inventions just to make sure the intellectual property is protected. Still, there’s no denying that pickup trucks are gaining popularity around the world, and we’re sure Mitsubishi would love a bigger slice of the market.