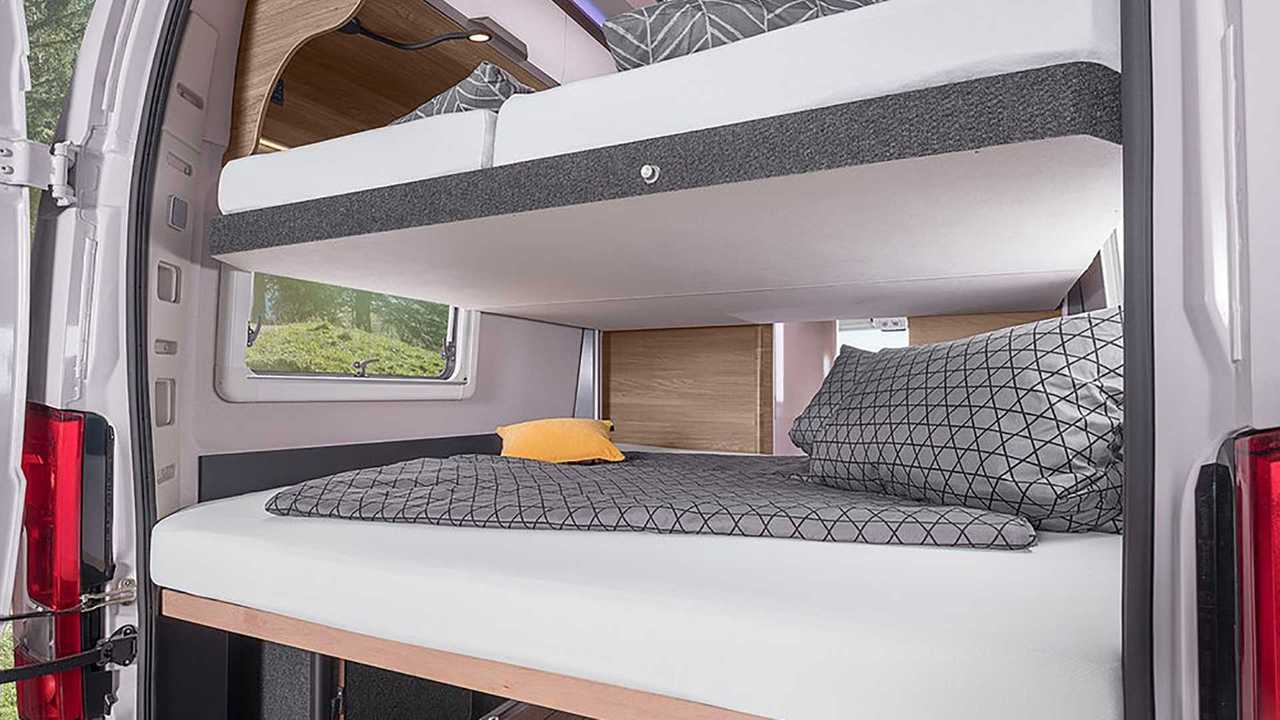 Talk about an economical use of space.

Camper vans are seeing a surge in popularity with customers often having to decide between space and beds. But the Knaus Boxlife appears to solve that quandary. The German camper van can, with several added features, sleep up to seven people while still offering plenty of space for a variety of gear such as bikes. The economical use of the space is astounding when you consider how many people can sleep inside it.

The key to the Boxlife’s flexibility is its design – and the 630 ME floor plan – with much of the camper’s features adjustable, including the one standard rear bed that can raise and lower. Underneath it, the camper can feature another bed that’s useable as a couch, single bed, or fold out of the way, creating more storage at the rear. At the front, two more sleeping beds are available with an additional single bed housed in the available convertible dinette kit.

Inside, the Knaus Boxlife meets one’s expectations of a camper van. Features include a glass-top dual-burner stove, sink, fridge, kitchen block, and more. There’s a wet bathroom with a shower and toilet, too. The camper has a cabin and water heater, LED lighting, 12V and 230V outlets, USB ports, overhead storage bins, and window blinds. It rides on the Fiat Ducato, which sports a 2.3-liter engine making 118 horsepower (87 kilowatts).

In the world of camper vans, few are as versatile as the Knaus Boxlife 630 ME. It’s not the roomiest, but it is efficient with the space it has. While it does sleep up to seven, there is only room for four passengers and four diners, so the other three occupants would have to find a way to tag along. However, if you’re heading out with a group of friends for a weekend in the wilderness, then the Knaus Boxlife could be right for you. Pricing starts at €51,670 (about $58,325 in the U.S.). Options are extra.