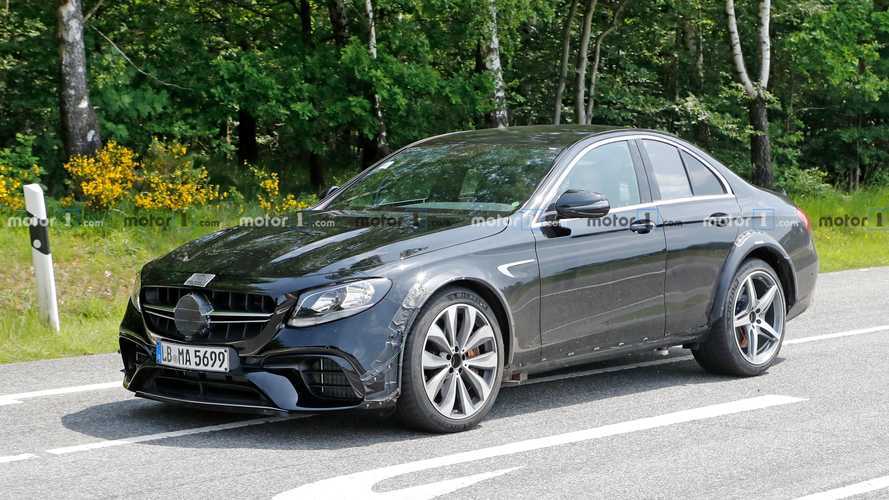 Breaking news everyone – Mercedes-Benz is building a super-deformed version of its E-Class sedan! Actually, that’s not true and it’s probably for the best because we suspect the back seat in this luxury car is exceedingly cramped. Actually, this shortened test mule doesn’t have any back seat, because we believe this is a prototype for the next SL-Class wearing a clever disguise.

A New SL-Class Is Coming:

It’s not the first time we’ve seen such a creation. An identical prototype was caught on camera in late April, and we’re tempted to say this is the same car given the bizarre nature of such a creation. There are some extremely minor differences when you look closely – the fender trim and driver side door handles are slightly off, and this car wears a different number plate. We don’t know how many test mules Mercedes built, but there are at least two in the world.

Why go through the trouble of basically building a fake car instead of just dropping camo on an actual next-generation SL? Aside from it being an extremely effective disguise, it’s possible the SL’s body isn’t ready for real-world testing just yet. Meanwhile, we know the posh two-seater will have new underpinnings shared with the next-generation GT line, and that’s getting exercised beneath the skin of this super-short E-Class.

Details about the new SL-Class are still thin at this point, but Mercedes-AMG boss Tobias Moers pledges it will be sportier than its predecessor while still retaining a strong measure of comfort. The first mission for the SL-Class should still be that of a snazzy two-seater suited for touring, which leaves the door open for the AMG GT to fill the hardcore role. Engine options should include mills of the six- and eight-cylinder variety utilizing mild hybrid tech, with a plug-in hybrid model also possible.

At this time, the next SL-Class is expected to arrive sometime in 2021, though we aren’t sure if that’s a reveal date or on-sale date. Since we haven’t yet seen a completed SL-Class prototype, the longer timeframe seems more likely at this point.