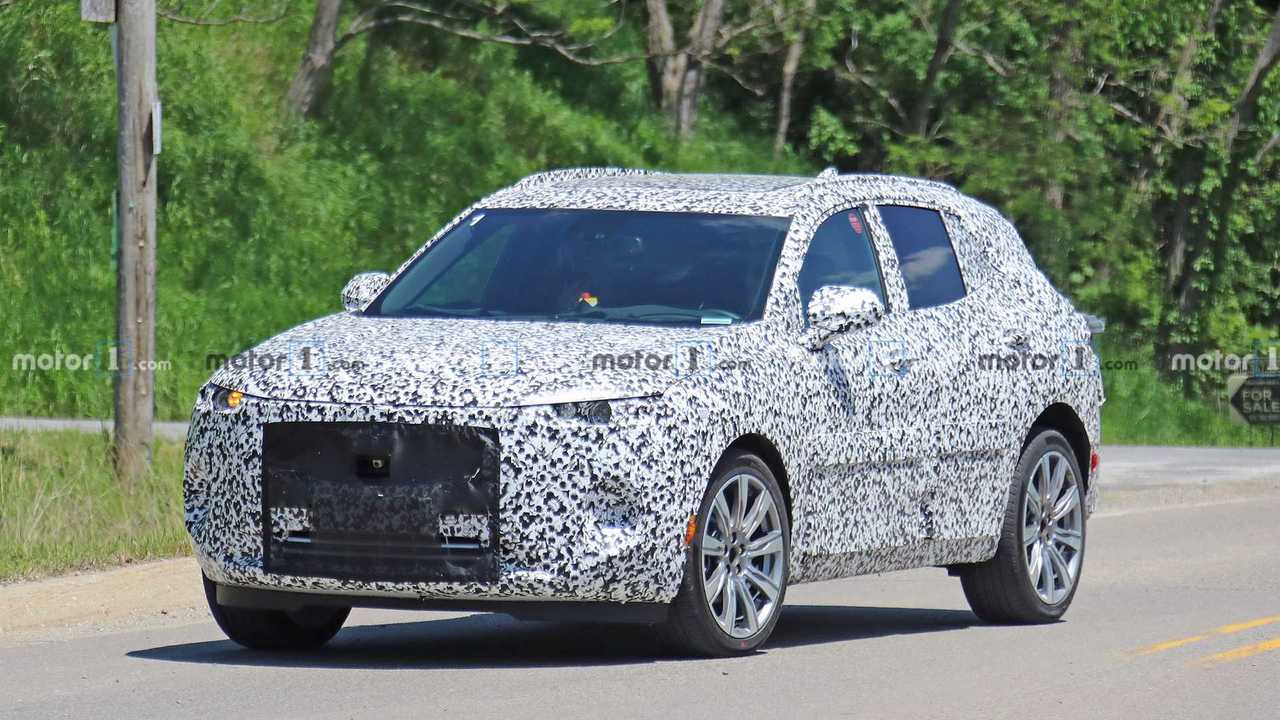 Car sales are slowing as consumers demand more crossovers while automakers scramble to deliver. Three years ago Buick, to bolster its SUV lineup, imported the Envision from China. However, sales have been far from stellar. First-full-year sales eclipsed 40,000 in 2017; however, sales dropped by a quarter to 30,000 the following year with sales likely falling again for 2019. Buick hopes to reverse the sales decline with the Enspire, which has been spotted testing for the first time.

The Latest Buick News And Rumors:

Spy photos show a heavily camouflaged Buick crossover prototype with an upright nose, long hood, and sleek design. The Enspire has funky headlights and looks similar in proportions to the Enspire concept that debuted at the 2018 Beijing Motor Show. Sadly, we can't discern too many details about the design; however, it appears to keep the concept's wild wraparound rear light bar. The funny taillight coverings hint at something unconventional underneath – or Buick is coy.

The new Enspire will ride on GM's E2 platform that currently underpins the Cadillac XT4 crossover. Two engine choices are possible – the Envision's 2.5-liter four-cylinder for the base and GM's turbo 2.0-liter for higher trims. Both will like pair with GM's nine-speed automatic gearbox. While Buick debuted the concept as an all-electric crossover, such a powertrain coming to the production version is unlikely in the immediate future.

The Envision's declining sales is an indicator the crossover market is facing saturation. There are more choices than ever for someone looking for a crossover, which means automakers will have to compete harder for those customers, especially as the overall industry continues to slow down. The fact the Envision hasn't been a sales success shows customers won't settle for just any crossover. Styling, features, technology, and price are still significant factors in the car-buying process. Hopefully, the Enspire can be the sales success Buick needs.