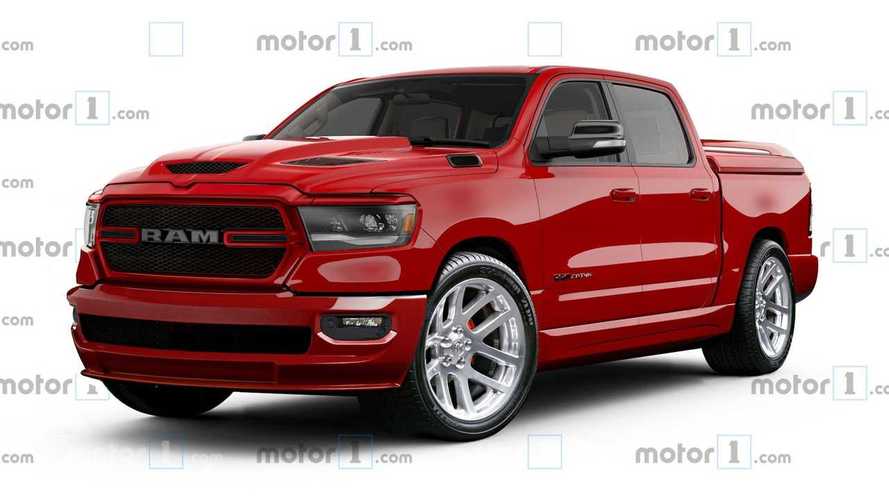 An SRT is reborn.

Remember the Ram SRT-10? Honestly, it’s hard to forget a full-size truck with an 8.3-liter Viper V10. Though it survived in the U.S. for only a few years, from 2004 to 2006, reports say we could see somewhat of a spiritual successor soon in the form of a Hellcat-powered Ram Rebel TRX. But imagine if Ram revived the SRT-10 nameplate instead.

Using the current 1500, rendering artists reimagined the Ram SRT-10 with modern cues. The current Ram’s styling, including the modern grille, headlights, front fascia, and profile, look even more aggressive with the iconic SRT-10’s accents affixed. The same chrome 10-spoke wheels, bed cover, wing, and aggressive, vented hood carry over. Assuming FCA still has a few 8.4-liter V10’s from the last-gen Viper leftover, we’d expect that engine to carry over, too.

The concept of a modernized Ram with SRT-10 upgrades sounds enticing. Especially with a modern Viper engine underhood. But high-powered TR and TRX models are coming soon – and they’ll look much different. Ram will likely study the original TRX concept for inspiration. Expect off-road tires, a skid plate, and other off-road cues on the production model, rather than the SRT-10’s tough street styling.

With a Hellcat V8, the Ram Rebel TRX should pump out over 700 horsepower (521 kilowatts), while the less-aggressive TR will produce roughly 520 horsepower (387 kilowatts) and 525 pound-feet (711 Newton-meters) of torque with a new V8. Even the TR trim will best the SRT-10 by about 20 horses (14 kilowatts) – so it’s an improvement over its SRT predecessor all around.

We anticipate the Ram Rebel TR and TRX to show up in 2021. Hopefully with high-powered V8 engines in tow. As for a full-on modern SRT-10 – it's not totally out of the realm of possibility, but it seems unlikely.