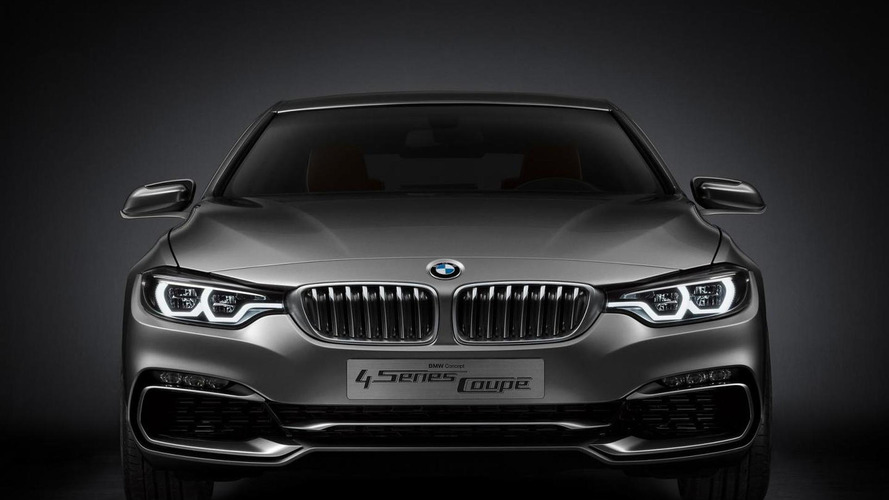 BMW has officially revealed the all-new 4-Series Coupe Concept, ahead of its debut next month at 2013 NAIAS in Detroit.

Looking production-ready, the two-door coupe will make its public debut next month in Detroit. This is basically a three-door version of the 3-Series sedan but comes with several design tweaks that make it look sporty, yet elegant at the same time.

BMW installed a set of exclusive 20-inch light alloy wheels featuring a three-dimensional multi-spoke design that add to the car's sporty look. At the front we notice the hexagonal full LED headlights and the larger air intake in the front apron. The sloping roofline creates a natural transition into the rear, while the side windows help the slim and stretched theme.

The low-slung appearance of the rear is completed by the stretched taillights located at the outer edges. Perhaps the most noticeable aspect of the rear is the bumper with its trim element in satin-finish aluminum that makes the car look premium. It also connects the two exhaust tailpipes in a dynamic sweep at the rear apron's outer edges.

Moving inside the cabin, it's the traditional BMW driver-focused layout with the vital controls located ergonomically around the driver. Colors and material design have been developed by BMW Individual, including the two-tone Black and Schiaparelli Brown trim and light contrasting stitching.

Check out the press release for a complete description.