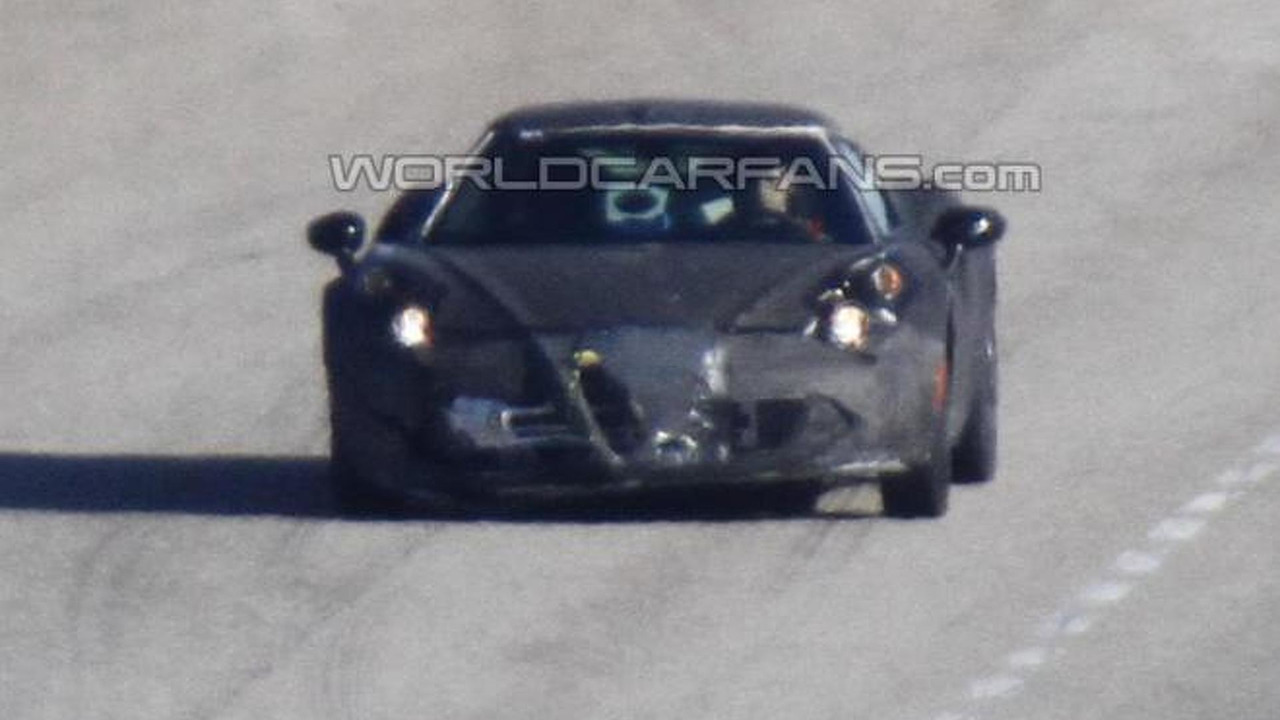 Our photographers have snapped a few shots with the production version of the Alfa Romeo 4C.

Our photographers have snapped a few shots of the highly anticipated Alfa Romeo 4C.

Set for a public debut next month in Detroit at the 2013 NAIAS, the Italian two-seater was spied undergoing testing near a secret track in Italy. Although it's heavily camouflaged, we can distinguish the outline and proportions of the 4C which look similar to the concept.

It will feature a hybrid chassis made from carbon fiber, plastic and aluminum, and is expected to have an extremely low curb weight of somewhere around 850 kg (1874 lbs). Power will allegedly come from a centrally-mounted, 4-cylinder direct-injection, aluminum 1.8-liter turbo FPT engine producing more than 200 hp (149 kW), enough to propel the car to 62 mph (100 km/h) in less than five seconds, before hitting a top speed of about 250 km/h (155 mph). Power will be sent to rear wheels via a TCT dual-clutch automatic gearbox already found in some Alfa Romeo models.

It will go on sale in Europe next year, followed by the United States in 2014. Alfa Romeo plans on making 2,500 units annually at Maserati's factory in Modena where the GranTurismo and GranCabrio are manufactured.