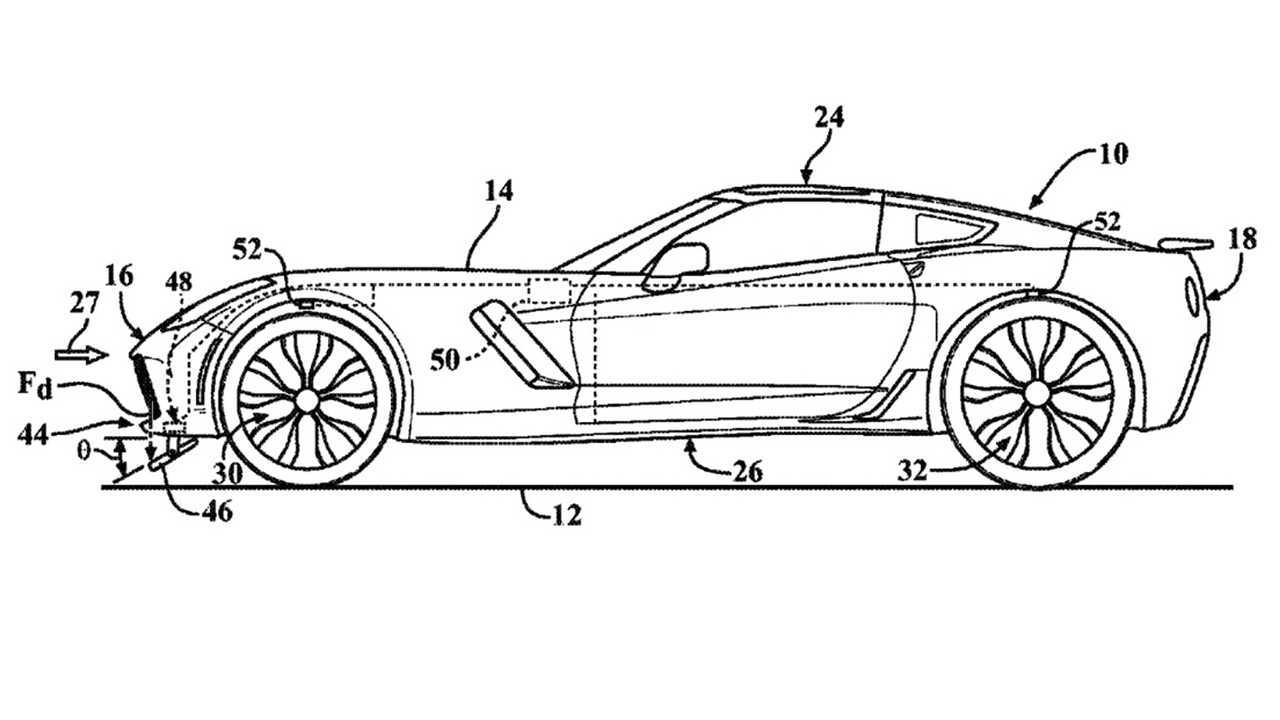 We’ve seen a few patent applications from General Motors that, while not specifically mentioning Corvette, appear to be aimed squarely at the forthcoming C8. The latest patent from GM on the matter is dated June 11 and was uncovered by the folks over at MidEngineCorvetteForum, and though it looks similar to previous aero-based designs, this one adds variable ride height to the equation.

Specifically, the abstract for this latest tech outlines a system that includes sensors to monitor the position of active aero components on the car, both front and rear. Sensors will also monitor those components in relation to the ground as well as to the body, and will also monitor the ride height of the vehicle above the ground. That last bit is where this patent gets interesting, as it suggests this comprehensive active aero system won’t simply move vents and spoilers but also adjust the vehicle’s ride height – independently front and rear if necessary – for optimal performance.

Presumably, it also could function as a kind of safety system to ensure movable control surfaces under the car don’t contact the ground. As for the diagram depicting a current-generation C7 Corvette, that’s almost certainly a red herring since the model will soon be out of production.

The more patents we find, the more complex the new mid-engined Corvette seems. Of course, there’s no guarantee that all these systems will make it to any production vehicle, never mind the next-generation C8. However, it’s widely known that the new Corvette is running a complex electrical system that even allegedly led to delays in the program. And we’ve certainly seen plenty of various C8 prototypes wearing different spoilers, not to mention all kinds of body cladding that could be hiding other active aero components.

Ultimately, at least some of the aero patents from GM as-of-late will surely appear on the new Corvette, especially on higher-performance trim levels that are expected to arrive in the years to come. In the meantime, Chevrolet will reveal the new C8 on July 18, likely in a base-model Stingray trim.

Source: US Patent And Trademark Office via MidEngineCorvetteForum.com