2014 Lexus IS coming to Detroit, hybrid variant gets detailed 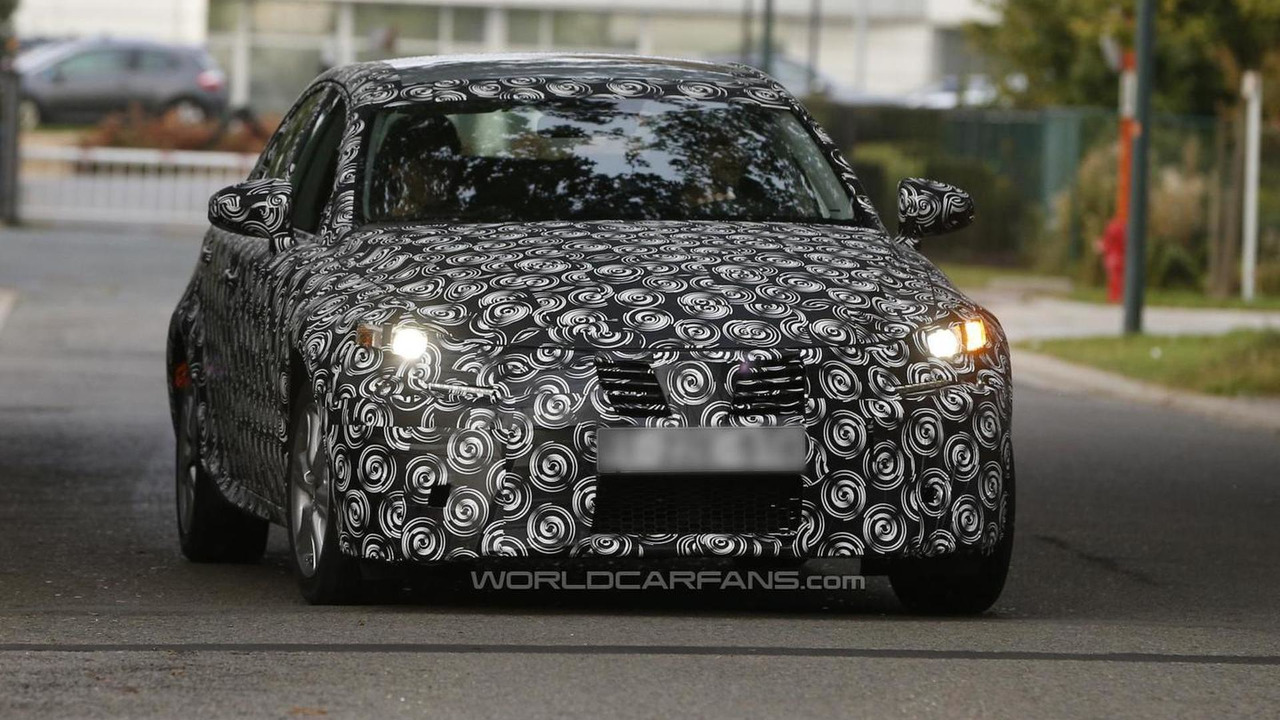 Lexus has officially announced plans to introduce the 2014 IS at the North American International Auto Show.

Lexus has officially announced plans to introduce the 2014 IS at the North American International Auto Show in Detroit.

Recently previewed by the LF-CC concept, the production model promises to be "completely redesigned, inside and out." That's pretty vague, but the automaker recently gave Autocar a chance to drive a pre-production prototype.

According to the British magazine, the 2014 IS will ride on a shortened version of the same platform that underpins the GS. It will also have a revised suspension - with stiffer anti-roll bars and softer springs - and a luxurious interior that is heavily influenced by the CT200h.

In the U.K., two different engines will be available: an undisclosed V6 and a hybridized 2.5-liter four-cylinder that develops approximately 240 bhp (179 kW). The latter engine will be connected to a continuously variable transmission which should enable the sedan to accelerate from 0-100 km/h in approximately 6.9 seconds and hit a top speed of roughly 225 km/h (140 mph). In terms of efficiency, the hybrid could average 73 mpg UK (3.8 L/100km / 60.7 mpg US) with CO2 emissions of less than 100 g/km.

Gallery: 2014 Lexus IS coming to Detroit, hybrid variant gets detailed