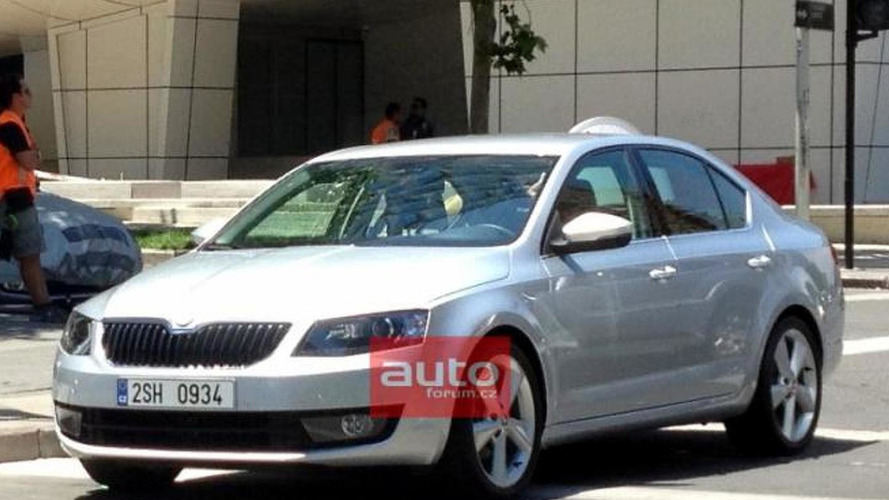 A new batch of spy photos with the 2013 Skoda Octavia is now available, along with a second official teaser.

A new batch of spy photos with the 2013 Skoda Octavia is now available, along with a second official teaser.

Judging by the license plate, this is the same car as the one photographed during a commercial shoot, but now the images are a little bit clearer. It looks more premium than the outgoing model but on the other hand it does borrow a lot of its styling cues from several cars in the VW Group. Skoda has released two teaser photos that show the taillight design and the window pane of the rear door.

As a reminder, the Skoda Octavia III will ride on the MQB platform that underpins the new Golf and Leon. It will be lighter than the second-gen model and will be offered with more premium features for the high-end versions, without compromising the affordable variants that made the car a success in Europe.