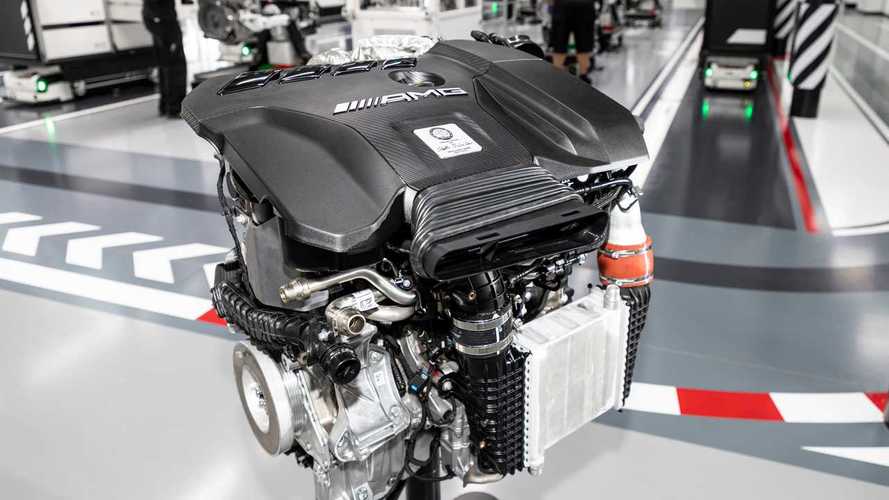 How much more powerful could Mercedes make its turbo 2.0-liter?

When Mercedes announced its new turbocharged 2.0-liter engine, it did so with the proclamation it was the most powerful four-cylinder engine ever. We had to dig to confirm Mercedes’ assertion, and all we could find was the Mitsubishi Lancer Evolution FX-440 MR that made 440 horsepower from its 2.0-liter four-cylinder engine – 24 more than the Mercedes. However, the company only made 40 examples for the UK. But according to Mercedes-AMG’s head of engine development Ralph Illenberger, who spoke with Carsales, an even more powerful version is possible.

Mercedes-AMG CLA 45 Will Get The Engine First In The U.S.:

Illenberger said the engine has yet to reach its peak performance, adding that there’s more to come with room for improvement. However, he said it was a challenge to bring the current 2.0-liter mill to a street-legal car. He concluded by saying, “We’ll see what the future will bring.”

The engine will find its way into the Mercedes-AMG A45. However, U.S. consumers will get their first taste of the mill in the CLA 45 sedan. Spy photos hint the engine could end up in the GLB-Class crossover, too. If Mercedes wrings more power out of its 2.0-liter engine, it may keep the little engine at the top of the most potential four-pot mills. Then again, no reign lasts forever.