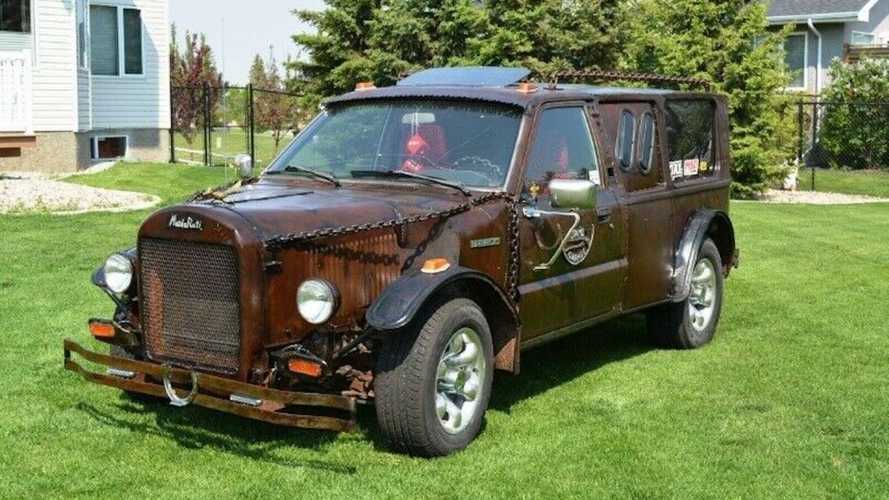 The internet isn't an odd place to search for a used car to buy. There are many websites out there that have used cars listings that sometimes are too good to be true in terms of pricing. There are odd listings as well, and this one from Kijiji in Canada can be classified as the latter.

Mazdarati, as the seller calls it, is a highly modified Mazda B Series pickup truck. It's listed as a rat rod and it's easy to see why. A hot rod by the looks of it, the Mazdarati has been painted with brown paint and decorated with several rustic designs to make it look like an old car from the '50s or '60s.

According to the seller, the Mazdarati has some parts from a Model A and a Model T. But the parts aren't just from old vehicles – it's specified that it was given brand new tires, new clutch, a recent tune-up, and a rebuilt carburetor. It even has a new timing belt, LED lights and a set of taillights from a Caddy.

With 181,000 kilometers (112,468 miles) on its odometer, the Mazdarati comes with a steal price of P8,000. However, minimal details are disclosed when it comes to the car's engine. The listing only mentions rear-wheel drive, manual transmission, and gasoline for the fuel type.

These Unusual Cars Are Also For Sale:

A little investigation could point us to fourth generation Mazda B Series pickup trucks from the '90s. The Mazda F2 engine is the most probable power plant here, which is a 2.2-liter engine that produces 85 horsepower.

But then again, we're not really sure. If you're interested, follow the link below and ask the seller himself about the engine specs.