Lexus LF-CC confirmed for production, due in 2015 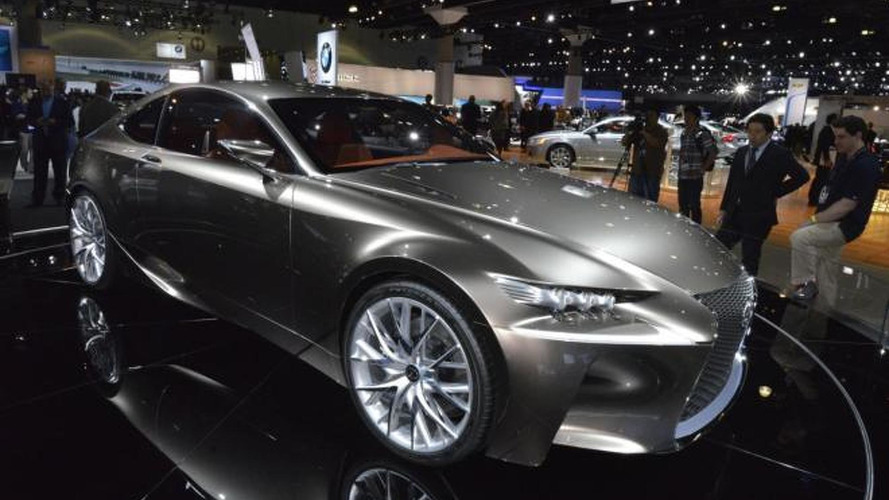 A Lexus source has confirmed that the LF-CC will get a production version which should be out in 2015.

A Lexus source has confirmed that the LF-CC will get a production version which should be out in 2015.

At the beginning of the month we talked about Lexus trademarking the "RC 350" moniker for what could possibly be a production version of the beautiful LF-CC. Now we have learned that a source inside Lexus has confirmed that the LF-CC will get a production variant in 2015 and is expected to reflect the brand's upcoming sporty image.

The production LF-CC will probably be offered as a coupe and cabrio, and chances are that it will be based on the RWD platform utilized for the new GS and IS models. It might get the shorter wheelbase of the IS and the wider track of the GS. Most likely, it will be a hybrid using an updated version of the drivetrain in the GS 350h that now provides 300 hp (224 kW).

Styling will be kept close to the concept and it will fill in the empty space left by the SC, while its most important market will be the United States.

Autocar mentions that Lexus is also analyzing the prospects of making a compact SUV similar to Land Rover's Evoque, but at the moment this idea is "still being considered" since there are some doubts that such a model would fit into the company's future sporty aspirations.