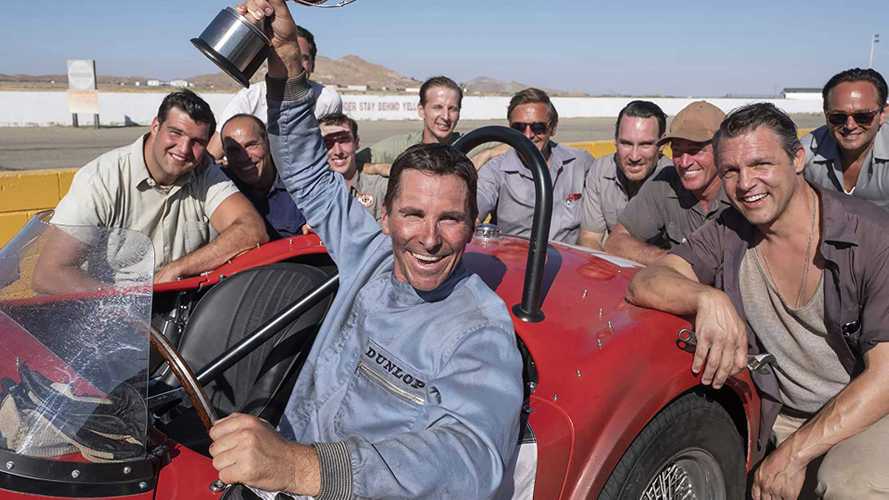 The rest of us will have to wait until it hits theaters.

Ford v Ferrari, also known as Le Mans ’66 in some regions, isn’t hitting theaters until November 15 even though we want the movie now. However, those attending this year’s 24 Hours of Le Mans will get an exclusive first look at the movie thanks to a 10-minute clip that will air Friday, June 14, before the race begins.

The movie will screen at 7:15 p.m. and 8:00 p.m. at the Pathe theatre in the city center with a second screening at the CGR Saint Saturnin in the suburbs of Le Mans. Free entry coupons will be available at both locations beginning Monday, June 10.

Ford v Ferrari is based on the true story of how Ford wanted not only to challenge Ferrari at the 24 Hours of Le Mans, but win, too. The movie follows Ford as it approached Carroll Shelby (played by Matt Damon) to make it all happen, and chronicles the rapid development of the famous Ford GT40 race car. While we already know the outcome of the race – Ford claims a 1-2-3 victory – seeing the lead-up to the race and how the racing team overcame tremendous obstacles get its Hollywood adaptation with Damon and Christian Bale on the big screen is exciting.

While the movie is set at the famous Le Mans race track, the movie wasn’t filmed there. Instead, the crew used Agua Dulce Airpark, a private airport in Santa Clarita, California. The track today no longer resembles what it did more than 50 years ago. Instead, the film crew used over 300 archival photos to recreate the Ford and Ferrari pits, three large segments of grandstands, and the international press box.

So, if you’re attending this year’s Le Mans and have a few free hours Friday evening, head to the local theater to catch 10 minutes of Ford v Ferrari. You’ll get to see more of it before anyone else. The rest of us will have to wait until November.

ON FRIDAY JUNE 14TH, LE MANS 24 HOURS FANS WILL BE TREATED TO 10-MINUTES OF EXCLUSIVE FOOTAGE OF THE FILM IN 2 THEATERS IN THE CITY

LE MANS '66 - directed by James Mangold and starring Matt Damon and Christian Bale - will open worldwide in theatres this November. June 14th, on the eve of the Le Mans 24 hours race that attracts some 275K fans to the iconic circuit, fans will be treated to a worldwide exclusive, 10mn of footage of the film, screened at the Pathe theatre in the city center, and at the CGR Saint Saturnin in the suburbs of Le Mans

LE MANS '66, known as FORD v FERRARI in some countries including US, is based on the  true story of two mavericks who teamed up in 1966 to challenge the long-time winner of the Le Mans 24H race, overriding human, technical and corporate obstacles, thanks to the strength of their passion, endurance and sheer obstinacy. High-speed car scenes are aplenty and the lucky viewers in Le Mans who get to sample the gripping sneak peek will have to wait five months to watch the full story unfold.

The exclusive footage will be screened at 7:15PM and 8:00PM in both cinemas. Free entry coupons will be available at the Pathe Le Mans and CGR Saint Saturnin ticket offices from Monday 10 June.

Media and racing professionals may attend a special showing at 4:15PM at the Pathe Le Mans with Jane Carter, marketing director of Twentieth Century Fox and Pierre Fillon, president of the Automobile Club de l’Ouest (ACO).

LE MANS '66 is set in the city and race organiser the Automobile Club de l’Ouestsupplied archive documents and props and advised on the historical elements of the script. However, the circuit, which no longer resembles that of the 1960s, was not used for filming. The set was located at Agua Dulce Airpark, a private airport in Santa Clarita, that features a half-mile airstrip that production used as racing track, alongside which were constructed three large segments of grandstands, the Ford and Ferrari pits, and the international press box.

The construction drawings for the huge set were based on over 300 archival photos, many of which were provided by the Automobile Club de l’Ouest.

Several scenes of LE MANS '66 were filmed in Le Mans in July 2018, including the scene where Ken Miles arrives in the provincial French town.  “We wanted to capture that moment where Christian Bale’s character comes to Le Mans for the first time and is being transported into France in the 1960s,” recounts production designer Francois Audouy.  “We took over a large square in the centre of town next to the old cathedral and basically created a three hundred and sixty-degree environment with hundreds of extras and period vehicles provided by the Automobile Club de l’Ouest.”

The trailer of the LE MANS '66 will be shown at regular intervals at the circuit on Saturday 15 and Sunday 16 June on the screens that relay the track action.

Registrations close on Monday at 7.00 pm.