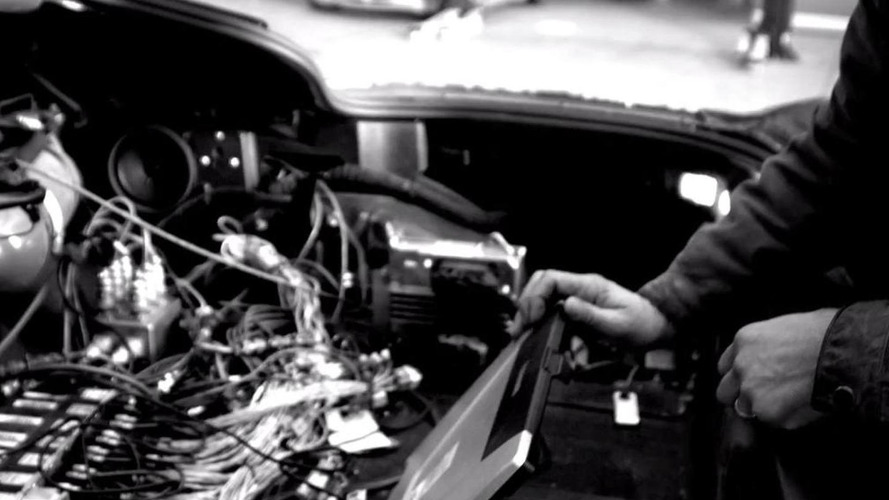 Chevrolet has released another teaser video of the 2014 Corvette, ahead of its debut on January 13th.

Chevrolet has released another teaser video of the 2014 Corvette, ahead of its debut on January 13th.

The latest clip doesn't reveal much, but it gives us our first glimpse at the car's interior. While it's only on-screen for a couple of seconds, we can see the model will have a digital instrument cluster which displays all the usual information as well as an image of the car itself.

As we have previously reported, the next-generation Corvette will be powered by a 6.2-liter LT1 V8 engine that produces approximately 450 bhp (336 kW) and 450 lb-ft (609 Nm) of torque. It should enable the model to accelerate from 0-60 mph in less than four seconds and return 26+ mpg highway (US).