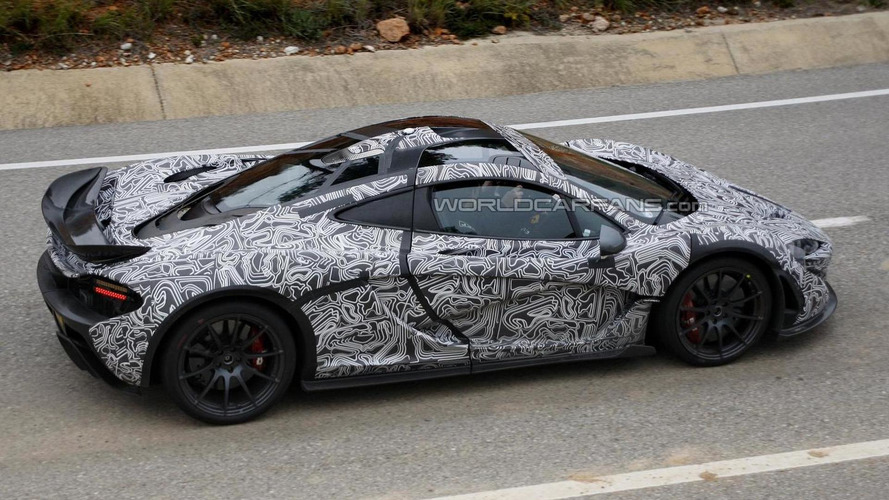 These are the best spy photos available with the upcoming production version of the McLaren P1.

These are the best spy photos available with the upcoming production version of the McLaren P1.

Earlier this year at the Paris Motor Show, McLaren introduced the P1 concept. The production version seen in these latest spy photos is expected to come out in late 2013 with "more than 95 percent" of its design remaining the same.

We don't have any official details about the F1's successor, but we can tell you the concept has a carbon fiber structure with a roll-bar over the cabin made from the same lightweight material. With a drag coefficient of just 0.34, the P1 concept has carbon fiber panels and a rear wing capable of automatic adjustment up to 300mm rearwards while on a racetrack or up to 120mm during normal driving.

The P1 is expected to have a starting price of 800,000 GBP. Most likely, it will be a limited production.